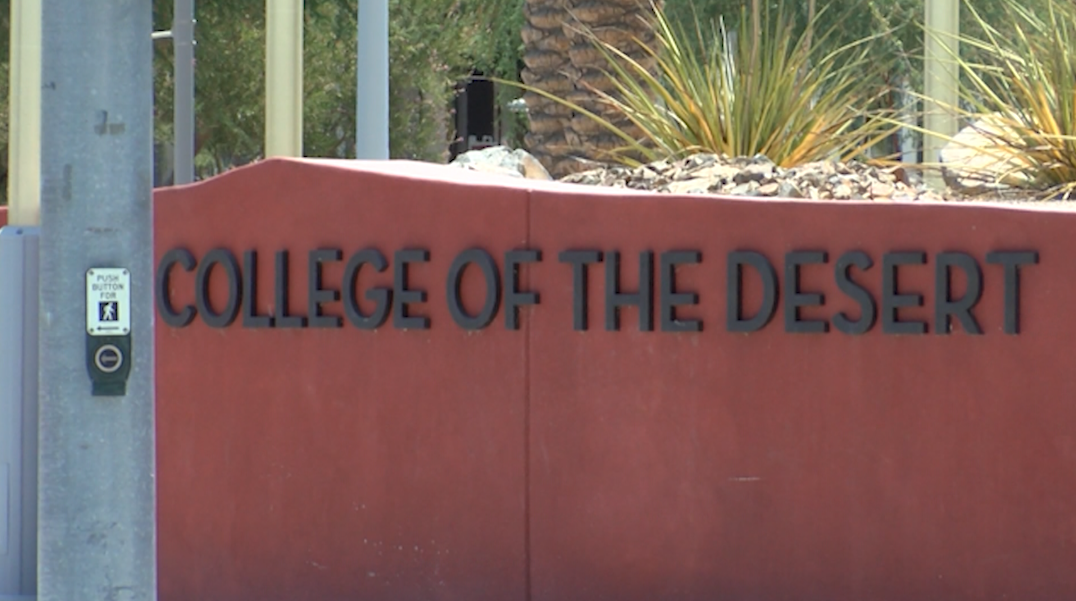 Since 2004, Palm Springs residents have waited to see the completion of a College of the Desert campus in their city.

18 years later, and after almost a billion dollars in tax revenue collected, those residents are still waiting.

Thursday night, COD president was expected to speak at the Palm Springs City Council meeting and answer questions from city staff and the public.

At the last minute, the council announced the agenda item was pulled from the meeting, leaving residents to wait even longer.

Within the first few minutes of the meeting, City Manager Justin Clifton announced that the council requested to remove this item from the agenda and hopefully postpone the presentation to another date.

Clifton went on to explain how council got to this point, sharing how the city and Clifton himself have been meeting with Superintendent/President Dr. Martha Garcia and two COD trustees bi-monthly.

At their last meeting on January 24th, Superintendent Garcia offered to make a presentation to the council Thursday night.

Council reached out to COD on Monday, saying their presentation would be around 6:30 p.m. but if other items ran longer than anticipated, it could take place a little later in the meeting.

That’s when Superintendent Garcia said she had a conflict and would need to leave by 7:15 p.m. but that other members of her team could sit in her place.

After attempting to rearrange the entire agenda to make time, the council explained they wanted all members of the team there to have a thorough discussion of the matter.

Although disappointed, Mayor Lisa Middleton said they are committed to meet with the college as this is critical for the community.

“This item has been deferred,” Middleton explained. “We look forward to the opportunity to reschedule at the earliest possible time and at a time that is convenient to everyone at the College of the Desert. We want to afford the public an opportunity to be heard and for us as a city council to be able to consult with our colleagues at the College of the Desert and with their president.”

Council believes the college will schedule a time in the near future and said they are flexible, suggesting they can put it on another regular agenda or schedule a special study session sometime in March.