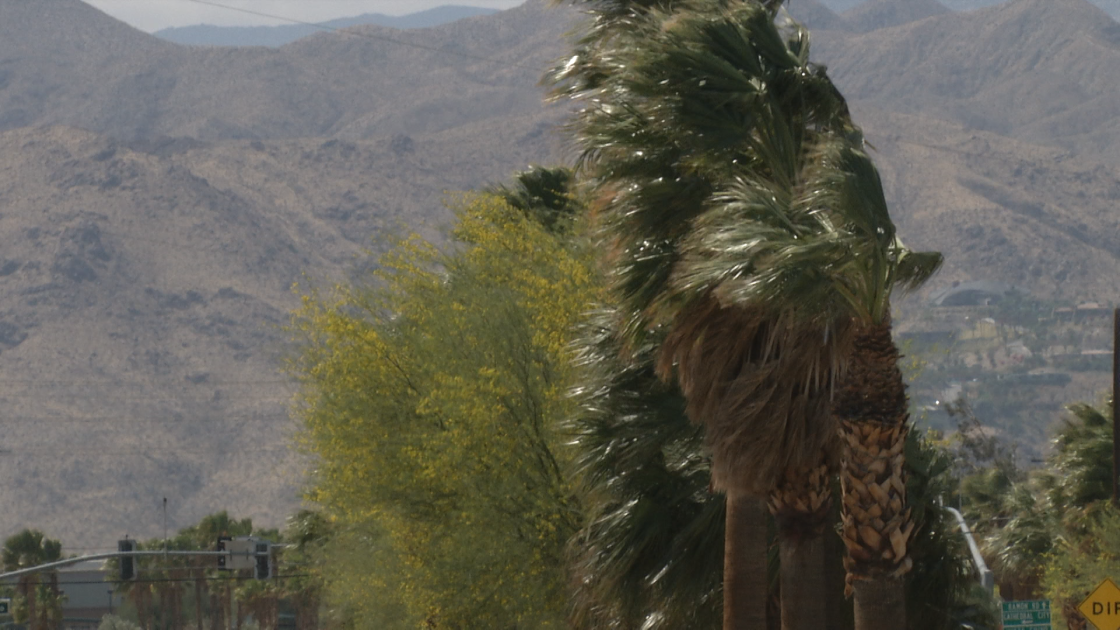 RIVERSIDE (CNS) – A significant temperature drop and a chance for precipitation, including snow, accompanied by strong winds is in the forecast across the Inland Empire Tuesday.

According to the National Weather Service, a low pressure system will slide through Southern California on Tuesday, hastening an abrupt change in the weather.

“Rainfall could range from around one-tenth of an inch … to one- quarter or one-third of an inch, with locally greater amounts,” the NWS said in a statement. “Westerly winds will begin to strengthen Monday night, peaking Tuesday afternoon. The strongest winds will be in the mountains and into the deserts in San Diego and Riverside counties, with gusts over 70 mph.”

A high wind warning is in effect for the Coachella Valley and eastern deserts, beginning at 10 p.m. Monday and ending at 7 p.m. Tuesday.

Snow levels are expected to drop to 4,500 feet Tuesday night, but appreciable snowfall is likely only at higher elevations in the San Bernardino Mountains, according to forecasters.

The mercury will go from unseasonably high Monday to dramatically cooler on Tuesday, with highs in the Riverside metropolitan area peaking around 60 degrees and lows in the low 40s, a deep contrast to the last week, the weather service said.

Temperatures will gradually recover Wednesday to Sunday, with highs climbing back toward 80 degrees by Saturday in the Riverside area.

In the Coachella Valley, temps will top out about 70 degrees Tuesday, with lows near 50, followed by a warming trend for the remainder of the week. A temperature range similar to the Riverside area is forecast for the Temecula Valley.

According to the NWS, several attenuated high pressure systems will straddle the coast Wednesday to Sunday, moving toward the Great Basin, setting up additional Santa Ana wind events, though they’re not expected to produce mighty gusts.

Another chance of rain in the Inland Empire is likely early next week, meteorologists said.