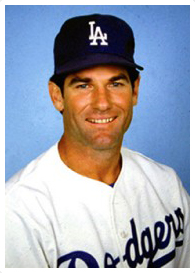 INDIO – A champion of California, Dodgers great, member of their 1981 World Series championship team and a resident of the Coachella Valley, Mr. Steve Garvey, will lead Monday’s Riverside County President’s Day Grand Parade in Indio as the parade’s grand marshal.

Families are invited to come out to see the parade, which will have school marching bands, charros, dance groups, and classic cars.

The parade steps off at 9 a.m. Monday at the intersection of Miles Avenue and Deglet Noor Street in downtown Indio. The parade will go east on Miles Avenue to Oasis Street, south to Highway 111 and west to the Riverside County Fairgrounds.

“On a week where we just crowned the newest sports champions of California, we are tremendously excited that Steve Garvey, another California champion and living legend in Dodgers history, has graciously agreed to be Grand Marshal for our community parade,” said Supervisor V. Manuel Perez. “There is a lot of love for our Dodgers and for this resident of our community who, in my opinion, should be in the Hall of Fame. I thank Mr. Garvey for his dedication to our communities and look forward to a lot of people being there to celebrate him and cheer on local students who this parade is all about.”

Steve Garvey had a rapid rise to stardom as a young and talented baseball player for the Los Angeles Dodgers. His long and successful career included being chosen for 10 All-Star teams, selection as the National League’s Most Valuable Player in 1974 and National League Championship Series MVP in 1978 and 1984, and a World Series championship with the 1981 Dodgers team.

He holds individual, team and Major League Baseball records, and has received the Lou Gehrig Memorial Award for his contributions to baseball and work off the field as well as MLB’s highest honor for humanitarian service, the Roberto Clemente Award.

Monday’s parade is sponsored by the City of Indio and Fantasy Springs Resort Casino. Riverside County Facilities Management Department has organized the parade as part of the Thrillville festivities, which opened today and runs 10 days through Feb. 27.