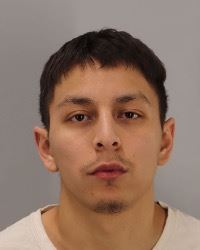 INDIO (CNS) – A Coachella man suspected of shooting a 17-year-old boy
during a robbery in Bermuda Dunes was being held without bail today.

Raymond Angel Vargas was arrested and booked into the Benoit Detention
Center in Indio Saturday on suspicion of attempted murder, robbery and
illegal possession of a loaded firearm.

According to Riverside County sheriff’s Sgt. David Aldrich, the
alleged attack happened on the night of Feb. 10 in the 79-700 block of Avenue
42, just west of Bermuda Dunes Airport.

Aldrich alleged that about 9 p.m., Vargas met the victim, whose
identity was not disclosed, on the pretext of purchasing items that the
teenager had advertised for sale via social media.

During the encounter, Vargas allegedly pulled a handgun and shot the
teen “multiple times,” then fled the scene with his property, according to
the sergeant.

Witnesses called 911, and deputies and paramedics reached the area a
short time later. Aldrich said that the victim was taken to a Coachella Valley
hospital, where he underwent surgery and is now in recovery.

Detectives developed leads in the ensuing days pointing to Vargas as
the alleged assailant, and a search warrant was served in the predawn hours
Saturday at his residence where he was taken into custody without incident, according to Aldrich.