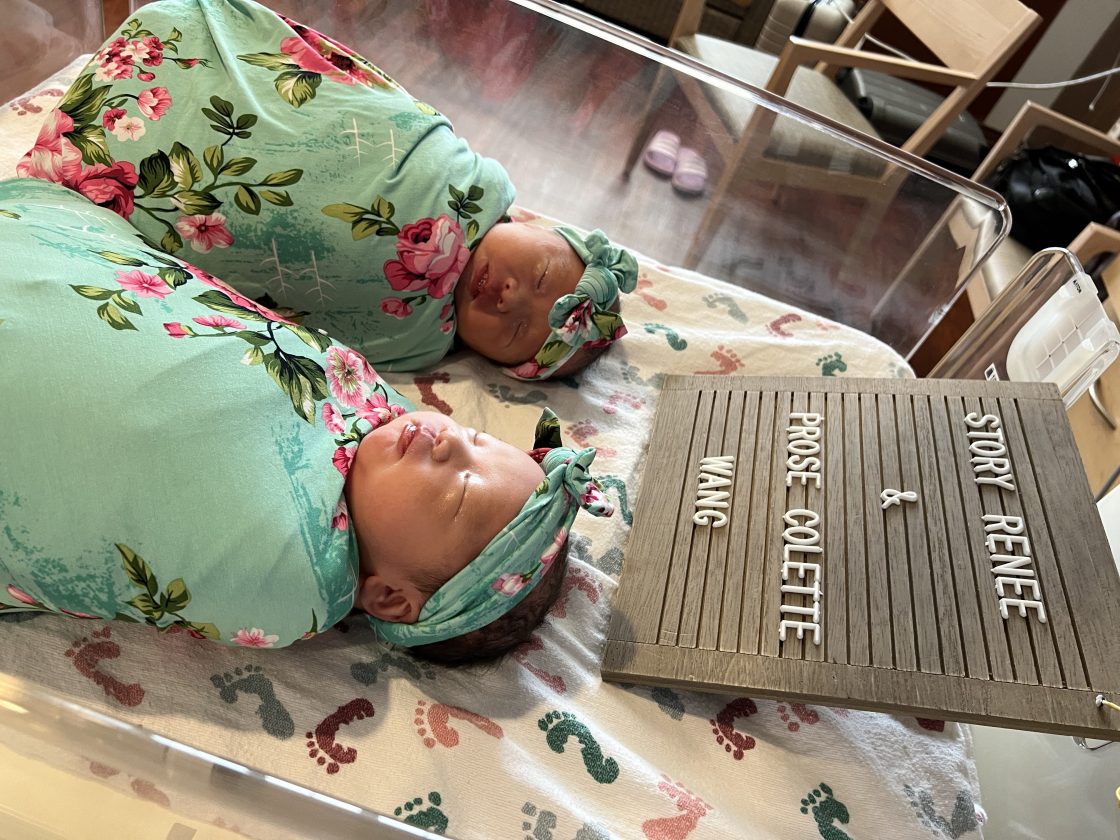 “It feels really special to have the girls be born on that day.” said Hannah Yoo, mother of the twins. 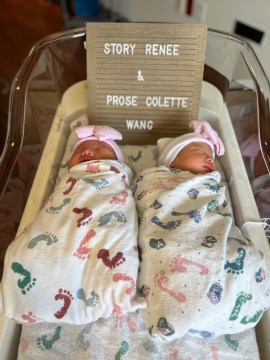 Staying true to the double digit date, the couple welcomed not one – but two beautiful, and identical baby girls, at Eisenhower Health in Rancho Mirage, the same hospital where their father works as a general surgeon.

“And the crazy thing is we had scheduled a C-section… During the C-section, our doctor told me that they were going to come that day anyway… looking at my uterus, she could tell they were going to arrive on 2/22 no matter what so that kind of confirmed it was meant to be,” said Yoo.

The couple was hoping for a second child in addition to their two-year old, but were surprised when doctors discovered two hearts beating inside Hannah’s belly. 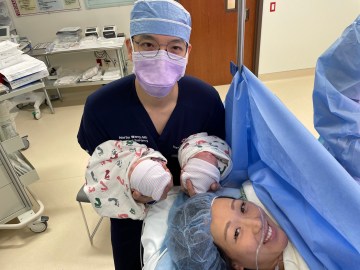 “It was totally unexpected when we found out we were having twins. We were shocked because it doesn’t run in our families,” said Yoo. “And the odds of this happening, I think it’s 3/1,000- completely random, so we were shocked.”

The identical baby girls will grow up with more than a few things in common, but their parents hope their names will inspire them to forge their own individual paths.

“They have a similar look… but we want them to have their own lives,” said Yoo. “Her name is Story. We want her to have her own story and create her own path. And then her name is Prose and we want her to connect with the world and engage with others.”

The special day has offered double the blessings for the now family of five, and filled their lives twice over, but they say, either day their bundles of joy chose to come into the world would have been perfectly fine with them. 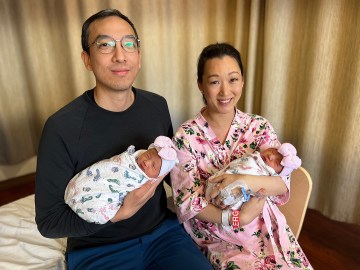