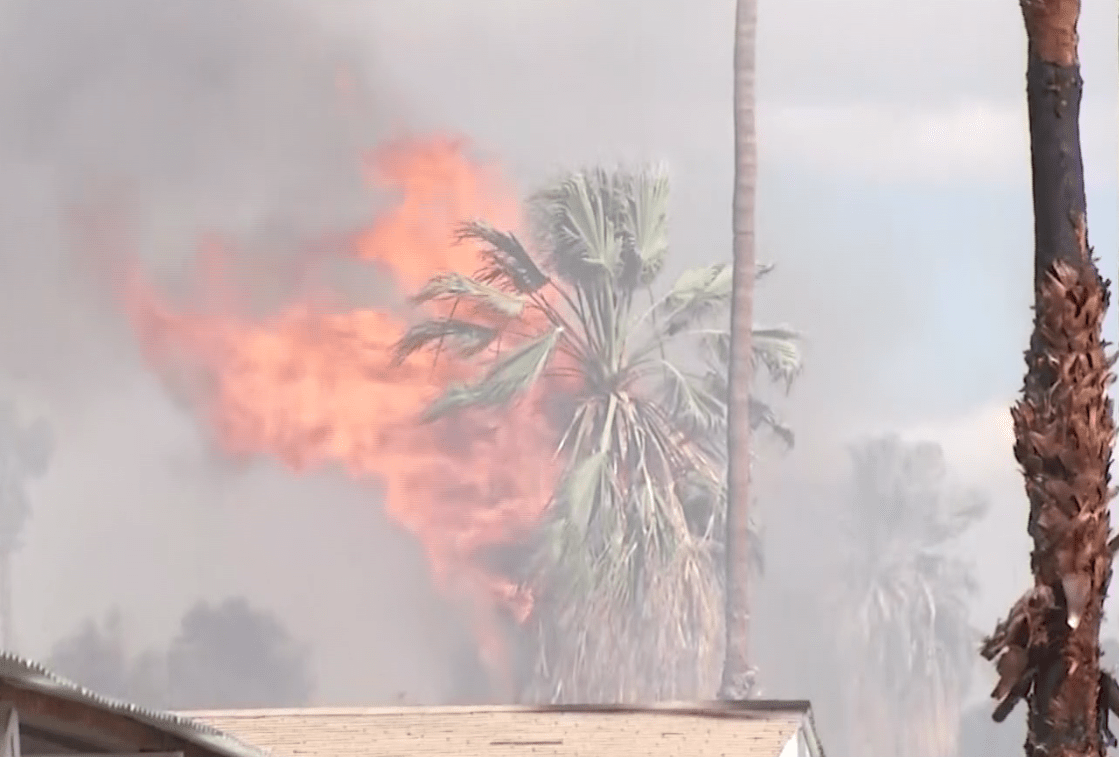 It was a day no one wants to experience in their neighborhood.

People who live in the community were scared and left wondering what was going on.

“All the embers were coming up, burning the trees,” evacuee Joan Koravos explained. “It’s awful. It’s awful. We are all scared. We don’t know if we have a house but I think my house is okay.”

According to CAL FIRE, a structure fire in Portola Palms broke out just before 1:30 in the afternoon, but what was only one fire, turned into multiple.

But it didn’t stop there.

Two homes that were damaged just hours earlier were struck again with fire after the high winds reignited the flames, making that three homes destroyed and three homes damaged with one being outside of the park.

As CAL FIRE Division Chief Mike Beverlin says, winds and fire in any situation are a dangerous combination.

“The majority of the residents’ other than the original one were all damaged from fire brands that were in the air and landed on some items on the exterior of the residences,” Chief Beverlin explained. “The problem is, once they ignited those things they landed on, if they were right up against the house, that’s how those houses began to burn.”

But there are ways you can protect your home from disaster.

Chief Beverlin continued, “The best things that folks can do to be prepared for wildfire or wind driven fires like we experienced yesterday is to make sure that their roofs and awnings and all of those things don’t have any debris that has fallen down from trees.”

Chief Beverlin also suggests removing combustibles around your house and getting rid of all dead plants and weeds at least 30 feet around your home.

Above all, having an evacuation plan is key.

“You should have a pre-planned escape plan, a go bag ready to go with all your important stuff, have a meeting place…you just have to have a plan and practice that plan,” Chief Beverlin said.

For more information on how you can prepare your home, we have links to important CAL FIRE information below:

To help one family and elderly woman who lost their home in the fire at Portola Palms, click the link below: