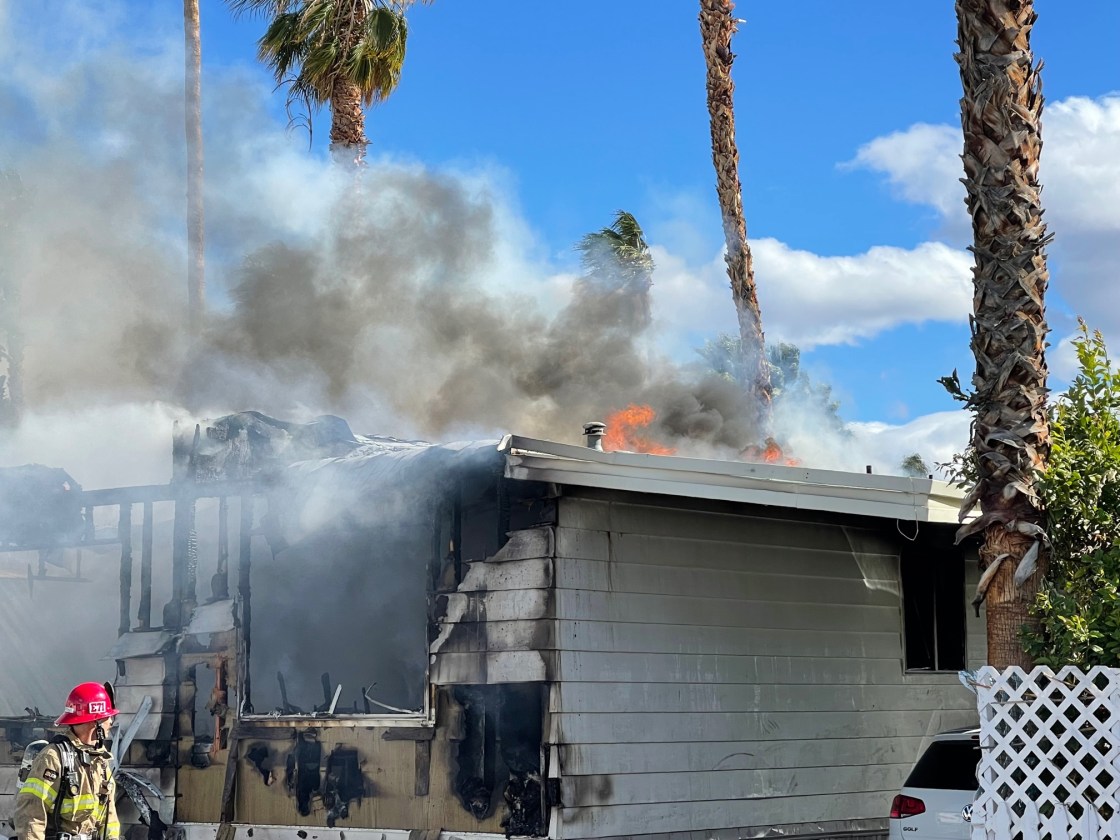 This fire caused dozens to evacuate from their homes, leaving many not knowing when they would be able to return.

It started off as one mobile-home structure fire, but Tuesday’s high winds caused the fire to spread rapidly.

CAL FIRE received a call about a structure fire at Portola Palms around 1:30 in the afternoon.

Only one double wide trailer and surrounding trees were originally affected, but quickly spread to multiple structures.

CAL FIRE reported that one mobile home was destroyed and four others were damaged, with one being outside of the mobile home park.

The high winds were picking up hot embers and spreading them across the mobile home park causing them to rain down on Portola Avenue.

The flames hopped from palm tree to tree, causing both residents who live in the mobile home park, Lincoln Elementary School, and Palm Desert Charter Middle School to evacuate.

Joan Koravos, a resident at Portola Palms, explained, “I came home and I saw smoke in the house. Three houses down from me was on fire, but I thought it was going to be okay because a fire truck was behind me and I figured they’d get it out. And then I looked up and all the palm trees were on fire and they kept catching fire. The big one next to my house was on fire. And they were trying to get them out so hard because the wind’s blowing I don’t know how many miles an hour right now. It must be at least 15 or 20 miles an hour. And they’re all whirlwinds. It’s frightening and scary.”

The fire has been classified as a four alarm fire.

CAL FIRE was able to contain the fire just before 6 p.m. Tuesday.

Two firefighter injuries were reported with non-life threatening injuries and the American Red Cross was asked to assist anyone that is displaced.

The cause of the fire is still under investigation.