College of the Desert Professor Gives Insight into Russian Invasion 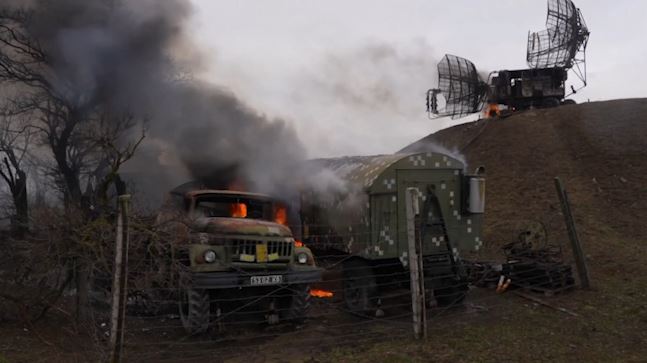 Sounds of alarms rang out across the capital of Ukraine Friday morning.

But many are wondering, why did Russia decide to invade now?

“Democracy is on the move,” Tony Clerc, political science professor at College of the Desert said. “Democracy is moving eastward towards Russia and it really scares Vladimir Putin. If you look at a map, if Ukraine becomes a part of NATO, then you’re going to see NATO countries pretty much from the United States, up to Iceland, throughout Western Europe, Central Europe, and now Eastern Ukraine. So this scares Vladimir Putin and he pretty much didn’t want to wait for Ukraine to join NATO and he just decided to go in preemptively.”

In today’s speech, Putin said that Russia would not stay militarily in Ukraine, so if he’s correct, Clerc thinks it is very likely that Putin will topple the existing Ukrainian government and install a puppet regime friendly to Russia’s foreign policies.

Currently, US troops will not be sent to Ukraine but the US and other NATO countries have been aiding them with top of the line weapons, hardware and rockets.

And Clerc says this is the right move.

“One, do Americans want to have US troops dying in Eastern Europe and two, Ukraine is not a part of NATO so there is no military obligation for us to intervene. Russia has a huge nuclear arsenal as we do and like President Biden said, this could potentially be a world war if US troops and Russian troops start shooting at each other,” he explained.

But although this invasion is only a few days in, Clerc is worried this might turn into a humanitarian crisis.

“It’s very alarming,” he continued. “Ukrainians are fleeing. They are clogging the roads. They are heading east. They are heading to Poland, Romania and there is a lot of talk about a humanitarian crisis as hundreds of thousands of Ukrainians could potentially flood into the European Union. But one thing’s for sure, Russian troops are very powerful, have a very formidable military and I fear for the Ukrainians.”

But how will this affect us locally?

Clerc says the main change we will see is even higher gas and oil prices in the valley and across the country.