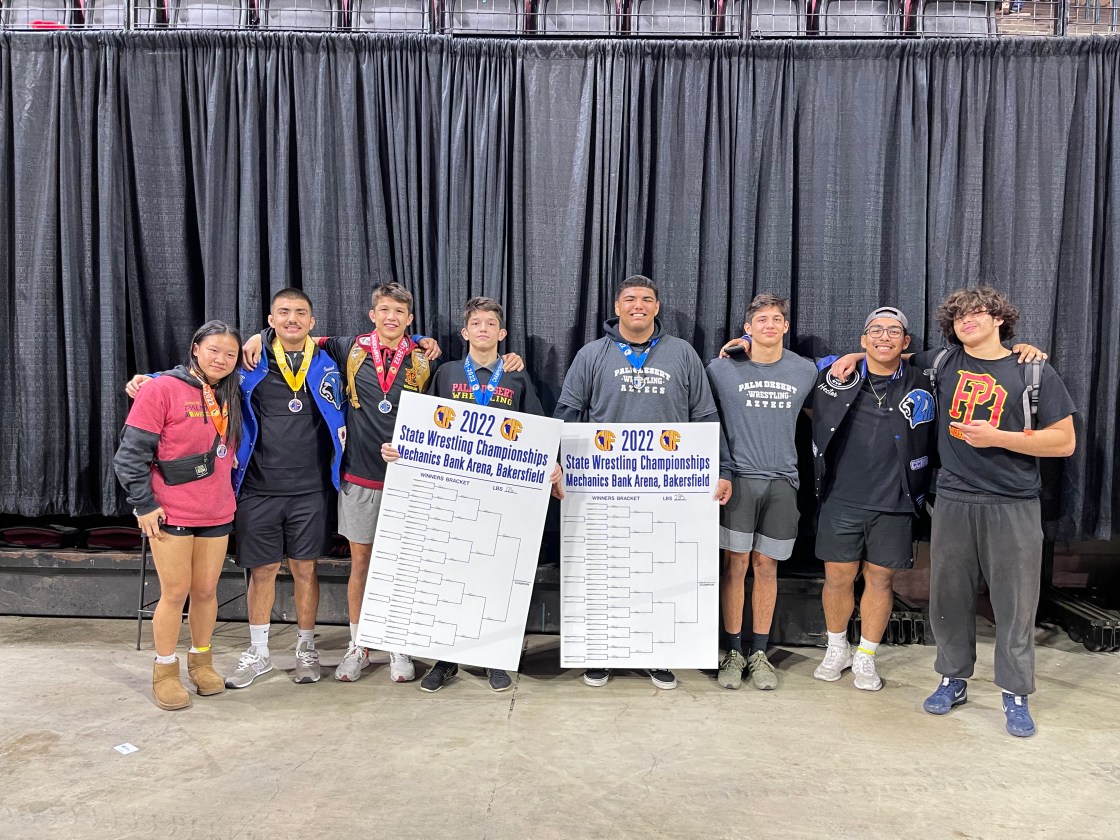 The Palm Desert Aztecs’ wrestling team made history by sending a record-total of 11 wrestlers, 8 boys and three girls to the state finals in Bakersfield. At the state finals, two Aztecs walked away champions of their weight class. Sophomores Brock Mantanona (126 lbs) and Daniel Herrera (285 lbs) were the first Aztecs since 2017 to win a state title. They also won in dominating fashion, by pinning their opponents.

In the title match, Brock faced Zeth Romney of Chaminade College Prep, and call it a rematch because Zeth and Brock faced off in the Masters’ tournament the week prior. Brock says that winning a state title has been a dream of his, and is proud of his accomplishment.

“It’s really exciting because it’s been a dream I’ve had since I was eight years old so you know it’s just really great. Hopefully, I can just keep going on this achievement just keep getting better and better.”

Daniel won the state title by pinning Sam Hinojosa of Stagg High School. Daniel has been ranked #1 in his weight class (285 lbs) all year long, and he says that capping this season off with a state win has been exciting for him and his family.

“We’ve been waiting a really long time for this, so when it finally happened it took a while for it to sink in, I had so many emotions but it felt good to stay on top after being there all year.”

Isaiah says that being able to represent at the state level for his school, was an amazing moment.

“Cathedral City is a small school here, not a lot of people expect good athletes to come out of that school. Just to be at the state level and it feels good to rep that school and show everybody that you know we have good athletes over here.”