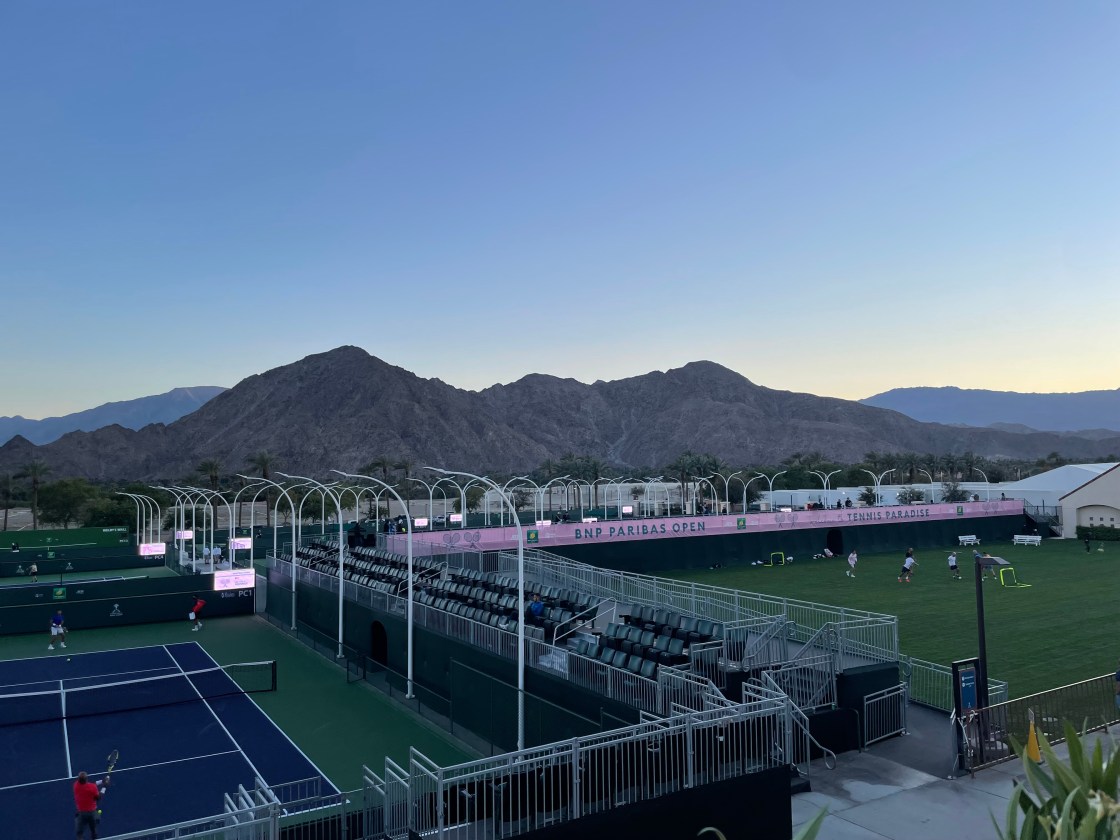 Brandy: “There have been quite a few storylines heading into this tournament, specifically now I want to start with a shake up at the top of the leaderboard. We’ve been seeing it the past couple of years, but now we have Daniil Medvedev who is the number one ranked player on the ATP tour. I mean, that’s gonna be exciting to have him here.”

Andrew: “I mean, how cool is that right and it’s fresh off the heels of it being announced that he’s number one in the world and it’s nice to see a little bit of a mix-up, right? It’s always been the big guys it’s either been Roger, Novak or Rafa, or Andy Murray. Now it’s time to see really, which we haven’t seen for the last few years is a changing of the guards. Daniil is playing great tennis. He won the US Open last year in a stunning upset over Novak Djokovic. Yeah, we’re thrilled to have him here and we’re thrilled to be able to welcome him to tennis paradise.”

Brandy: “Now we talk about the stars coming back in this edition of the BNP Paribas Open. It’s back, during the regularly scheduled time in March. In October 2021, we kind of missed out on seeing some of those big stars but Rafael Nadal is going to be here and Naomi Osaka is back for BNP chant that’s gonna be pretty exciting.”

Andrew: “Take a look at Rafa what he just did at the Australian Open, the biggest match of his life when he won, and the fact that he is here and he loves the desert. He comes here early, he plays golf and he loves it. Naomi Osaka, her life changed just a few years ago she went on to win the US Open. Paula Badosa won last year when we had our special event in October and she made it to the WTA finals in Guadalajara. I mean dreams come true here. I gotta tell you it’s anyone’s trophy this year.”

Brandy: “So you said it’s anyone’s trophy this year? All right, well, we’re not going to go on with full-on predictions, but who do you think could surprise us in the next couple of weeks? Or who do you see really rising to the occasion here in Indian Wells?”

Andrew: “Keep your eye on Maria Sakkari, she’s the most successful Greek player ever. Keep your eye on Ons Jabeur, the most successful Arab player ever. They are sneaking through fields and doing really well. Leylah Fernandez from Canada who made it to the finals of the US Open last summer. Keep an eye on her, she just defended her first title in Monterrey, Mexico. I think on the men’s side, it’s really looking at we’re looking at Daniil as being very dangerous, and Rafa being very dangerous. I gotta tell you because they’re looking to do some damage as well.”