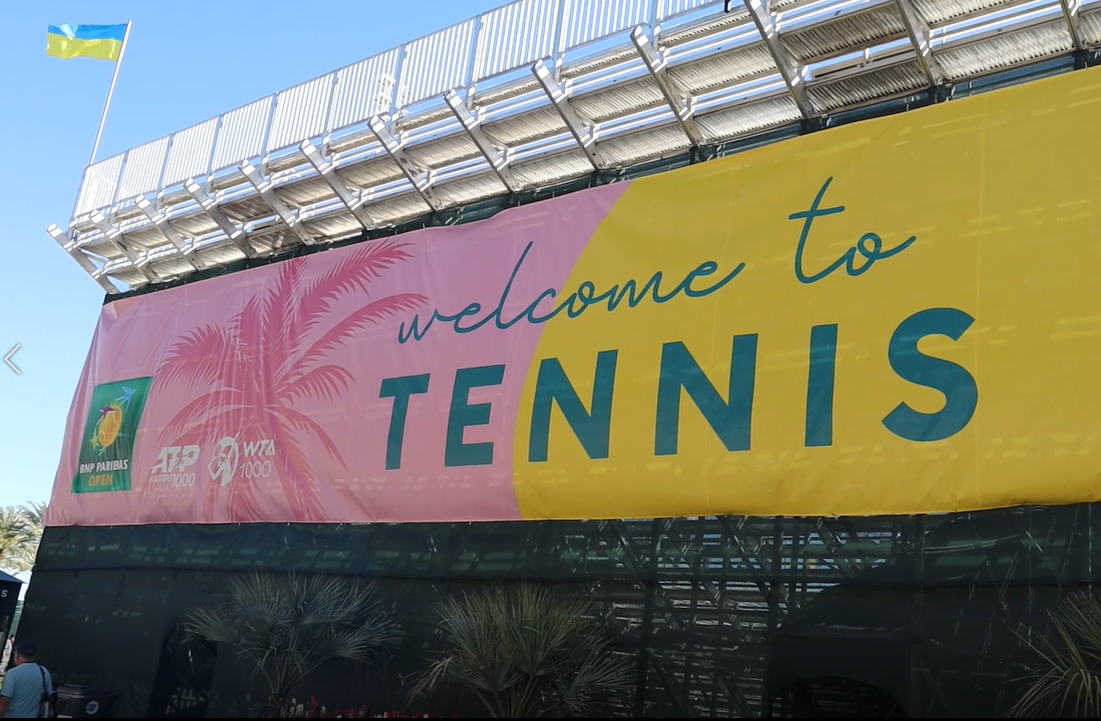 Tennis has found itself right in the middle of global conflict and politics.

Just before the start of the 2022 BNP Paribas Open, Russia invaded Ukraine – an act of war was declared. At the tournament in Indian Wells, there are players competing with the home countries of Russia, Belarus, and Ukraine.

Meanwhile, other international sporting bodies from FIFA and UEFA, to the International Olympic Committee have banned Russian and Belarusian athletes from competition.

Ukrainian tennis player, Elina Svitolina, who is competing at Indian Wells has said that she will refuse to play a match against a Russian or Belorusian athlete.

The governing bodies of tennis have settled with not allowing athletes to compete under Russian or Belarusian flags, but they can compete.

Some might think that this would cause conflict among athletes competing at Indian Wells, but that is not necessarily the case.

At least for Russian player and newly-ranked world number one, Daniil Medvedev, he advocates for peace.

“My message is always the same, you know, I want peace all over the world, and I always was for peace.”

Belarusian and world number three Aryna Sabalenka is now the highest-ranking woman competing at the BNP Paribas Open. As for her thoughts on the war, she says that her heart goes out to those who have lost lives and homes during the consequences of war.

“I also feel really sad and really bad about the situation. I’m just really worried about it., I just hope for peace.”

A statement from the international governing bodies of tennis says they stand united and condemn Russia’s acts of aggression and are offering support and assistance to Ukrainian players and their families.

Additionally, players from all countries competing in the tournament, also advocate for peace and have decided to come together to support one another through these dark times.

“It’s just crazy, what we’re going what everyone’s going through and what they’re going through,” says WTA player and Palm Desert native, Desirae Krawczyk. ” A lot of us especially support all the players and the WTA is supporting them as much as we can, you know, just looking out for them.”

Coco Gauff is only 17 years old, but even she understands the complications this war brings to the sport of tennis. More importantly, Gauff believes that by the players and WTA/ATP tours sticking together, it can make a huge difference to those athletes who have ties to the aggressive war.

“Tennis, I think can have power, just sports in general can have the power to bring everyone together. I definitely think that players are united and very supportive and just spreading love and spreading kindness.”

Throughout the tournament, players and tournament officials wear ribbons with the colors of the Ukrainian flag to show support for all those who have lost lives or lost homes back in Ukraine. Additionally, The tournament flies the American and Ukrainian flag side by side overlooking the Stadium One main court.