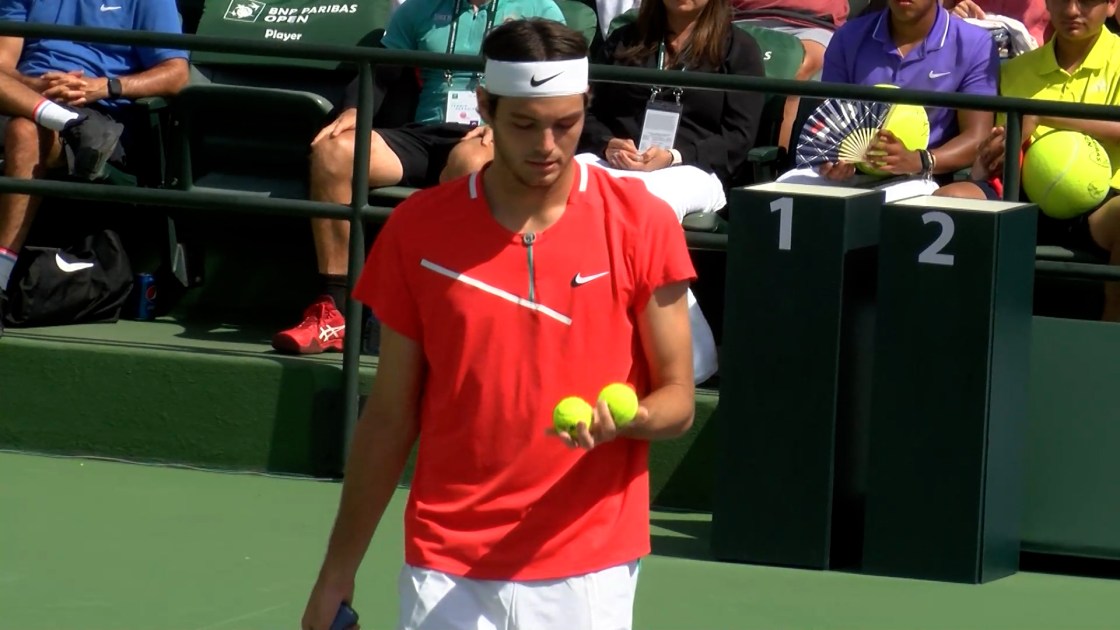 It’s the beginning of the 2022 tennis season, and southern California native, Taylor Fritz has big expectations for himself this year.

“I just want to keep feeling confident. I felt like I’ve jumped so much, my level, so I’m definitely expecting a bit more myself. I finished last year really strong, playing the best tennis of my life, so this year for me it’s kind of just about keeping at it.”

At the beginning of the year, Fritz was ranked #23, now heading into the BNP Paribas Open in March, he is ranked #20 in the world. Fritz is also the second-highest-ranking American on the ATP tour, behind Reilly Opelka who is ranked #17.

“My goal is to be top 10, and I feel like if I can kind of play the level that I’ve been playing consistently throughout the whole year, then I can do it.”

Fritz is coming off an amazing performance at the Australian Open, where made it to his first fourth round at a Grand Slam, after finally beating Roberto Bautista Agut, 6-0, 3-6, 3-6, 6-4, 6-3. Prior to Australia, in career head-to-head, Bautista Agut had Fritz beat 5-1.

“It was a crazy match and I kind of just found a way to dig deep and get through it, and I finally made it to my first fourth-round. Something I was waiting a really long time for, so it was amazing to get that done and to do it against the person who’s you know, beaten me a lot and it felt great.”

At the 2021 BNP Paribas open in October, Fritz entered the tournament ranked #39. He went on to dominate through the semi-finals in Indian Wells, and by the end of the year, Fritz was sitting at #23 in the world.

With the BNP Paribas Open back in its normal spot at the beginning of the tennis season, Fritz hopes to have a repeat of the success he had in October and take off in 2022.

“I’m so happy to be back, especially since last year this is the tournament where things kind of turned around for me. Definitely looking to have a similar result as last year and play good tennis and then kind of just keep running it up.”

While Fritz navigates through the rankings this tennis season, a Netflix crew will be there to capture it all. Fritz is a part of a Netflix docuseries, highlighting tennis players at the four major tournaments, coming out in Fall 2023. Along with Fritz, the docuseries will follow seven other men and eight other women. The docuseries will be similar to the format of Netflix’s ‘F1’s Drive To Survive.’

“It’s nothing too crazy,” Fritz says about having the cameras follow him around in Australia. “Honestly, I haven’t even really noticed that we’ve been doing it and I’m just gonna not think about it. With the cameras being there, I’ll just be myself hopefully they like me, if they don’t then tough, if they hate me in the show, that’s tough,” Fritz jokes.

Taylor Fritz is on a mission to the top, he’s focused and ready to go.

“I feel strong, injury-free, you know ready to go. I am excited to bring this level into the year.”