Vietnam Veterans Mural to be Unveiled in Coachella Thursday 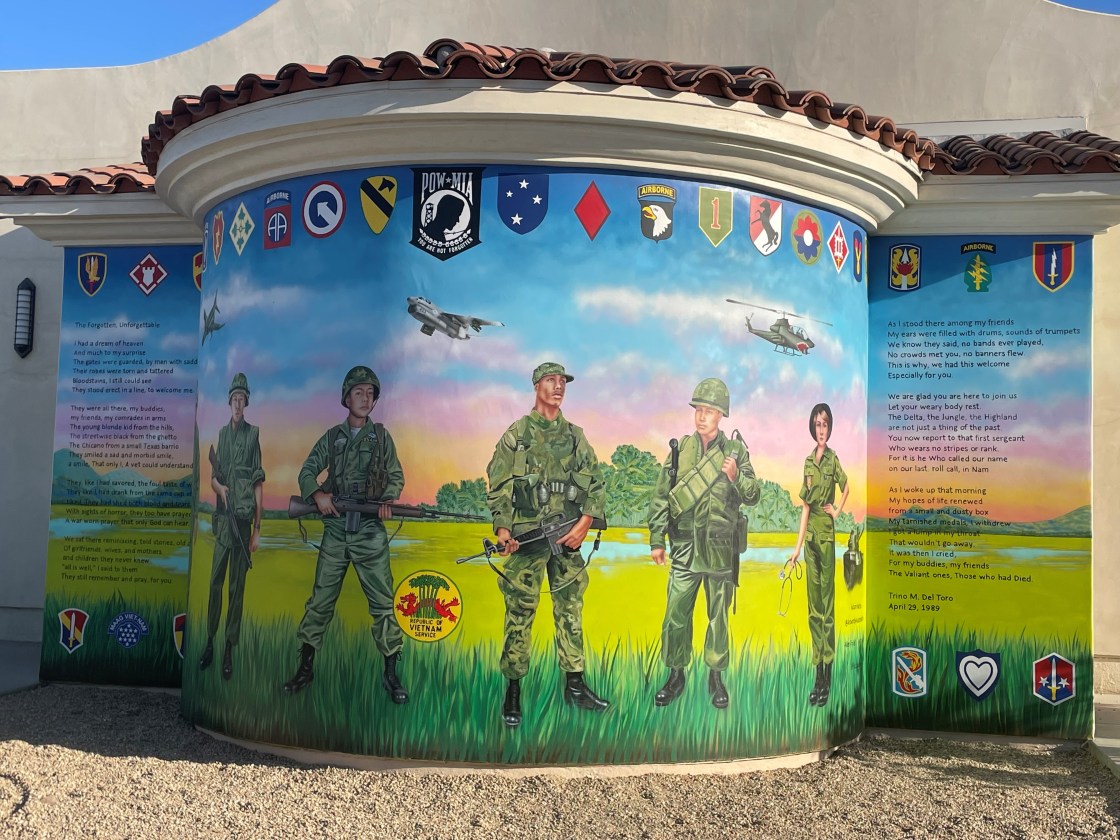 The ceremony will be held at 10 a.m. at the mural, located on Fourth
Street between Orchard Street and Vine Avenue. The mural features six soldiers
surrounded by the poem “Forgotten, Unforgettable,” by Trino Del Toro.

The piece was conceptualized by local artist Autumn Martino with
feedback from local veterans and the community, and was paid for by the city’s
Art in Public Places Program, according to city spokesperson Risseth Lora.

“As a community we always have to do more for our veterans. Honoring
and recognizing veterans past and present will always be a priority in
Coachella,” Mayor Steven Hernandez said.

Thursday’s event will include a welcome from Hernandez, commentary
from Martino and remarks from other city officials.