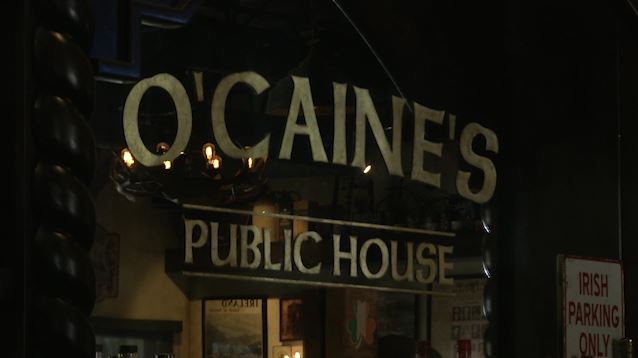 But two years ago, that was a different story for O’Caine’s Irish Pub in Rancho Mirage.

“It was a struggle for sure, but we surpassed it and made it through,” manager Danielle Wahl explained.

Danielle Wahl has worked at O’Caine’s since they opened three years ago, and for them, 2020’s St. Patrick’s Day was like nothing they hoped to experience on their favorite day of the year.

“We went on for our full schedule for that day, we got shut down and then a few months after that we closed,” she continued. “So, we just did to-go orders, take out, anything we could. The patio was open but we couldn’t serve them food. They would have to order to-go and sit there. So we just did everything to keep afloat.”

But two years later, the band is playing, the beer is pouring, and nearly every seat in the pub is taken, reminding employees and customers alike what it feels to be touched with a little Irish luck.

“I know there’s a lot of pent up frustration because of the virus,” customer John Stege said. “We are new to the area from Santa Cruz and moved down last year. We discovered O’Caine’s this last year and we knew it would be busy today because of that pent up demand and obviously they are packed. So we are just enjoying all the festivities.”

“This is a great establishment and a great pub. Everybody says it’s like the little gem from Ireland that’s in the desert, so it’s amazing. It really is,” Wahl said with a smile.

If you want to celebrate St. Patrick’s Day at O’Caine’s, they will be open until the last customer leaves.