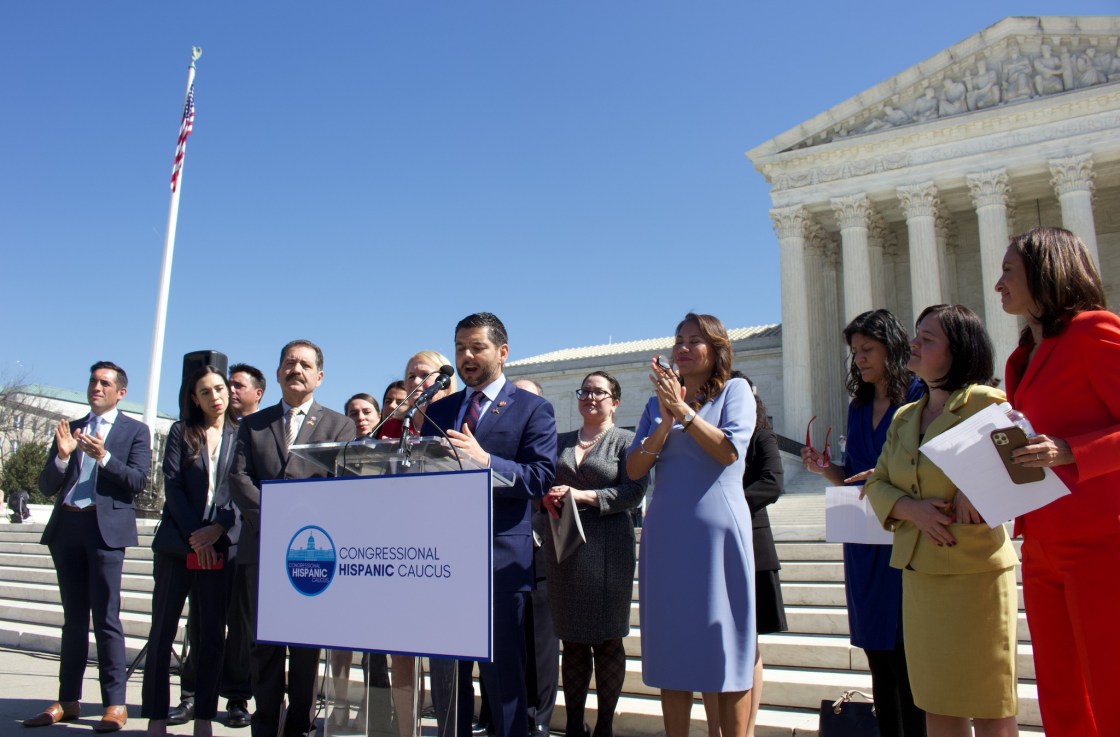 The nominee, the potential first Black female Supreme Court justice, introduced herself by highlighting her criminal defense background and by sharing the people and things that allowed her to get to where she is today.

“The CHC believes that Judge Jackson’s broad experience qualifies her to be a strong advocate for the rule of law as she set legal precedents to shape our nation’s judicial system, advance human rights for all, and diligently serve the people and the Constitution,” said Chair Dr. Ruiz.  “As Chair of CHC, I urge the Senate to confirm Judge Ketanji Brown Jackson. We, and the nation, cannot wait for her confirmation.”

Jackson, 51, sits on DC’s federal appellate court and had been considered the front-runner for the vacancy since Justice Stephen Breyer announced his retirement. Jackson worked as a clerk for Breyer, a federal public defender, an attorney in private practice, a federal district court judge and a member of the US Sentencing Commission.

At the hearing Monday, Judge Brown Jackson and the senators delivered their opening statements establishing the arguments for and against her confirmation. She was introduced by Judge Thomas Griffith, formerly of the US Court of Appeals for the District of Columbia Circuit, and Lisa Fairfax, a professor at the University of Pennsylvania Carey Law School. Jackson’s parents, Johnny and Ellery Brown, her daughters Leila and Talia, and her husband Patrick were sitting behind her.

Judge Brown Jackson will answer questions from the members on Tuesday and Wednesday, and witnesses will testify on Thursday. Democrats hope to confirm Jackson by early April.