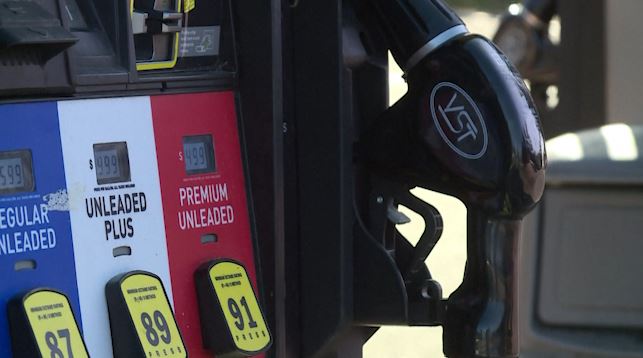 Within one weekend, it jumped six cents, making it $5.86.

Local delivery businesses in the desert are unsure on how to move forward, even with this $400 rebate proposal.

That is the average amount Lotus Garden in Palm Desert spends on gas each month.

As a business that makes a profit off of their deliveries, this is a huge dent in their checkbook.

“It’s impacted us a lot on a daily basis,” Lotus Garden owner John Southorn explained. “We are cutting down on how many times we will go to La Quinta or how many times we will go to Cathedral City. We are trying to keep stuff more local. It’s also affected us in that our vendors now that didn’t used to charge a delivery charge are now charging us, and so that impacts the amount that I charge on the flowers too.”

But, how far will this proposed rebate help the average commuter?

Here is a breakdown.

Lawmakers are saying that the $400 rebate is meant to offset the gas tax only.

This means the rebate covers the state taxes a driver would have to pay for roughly 782.8 gallons of gas.

According to the EPA, the average estimated real world fuel economy in the US in 2021 was 25.4 mpg.

A standard car usually holds about 13 gallons of gas, and with a 25.4 mpg average, that will get a driver about 330.2 miles before the tank is empty.

Data from the Census Bureau shows the average commute for a Californian is about 30 minutes, so if a driver goes the average speed of 55 mph, it will take 27.5 miles of commute to burn one gallon of gas.

Burning a little over two gallons of gas to travel 27.5 miles each way with a 13 gallon tank would take a normal driver about 6 days of commuting to go from a full to empty tank.

With all of this data considered, this $400 gas rebate will cover about 361 days of commuting, which is not enough to cover the gas tax for one full year.

And this doesn’t include outside trips from work.

For delivery businesses like Lotus Garden, it’s a start, but still not enough.

If this passes, these checks will be sent to every Californian who pays state income taxes.

It is still unclear if non-filers will qualify.