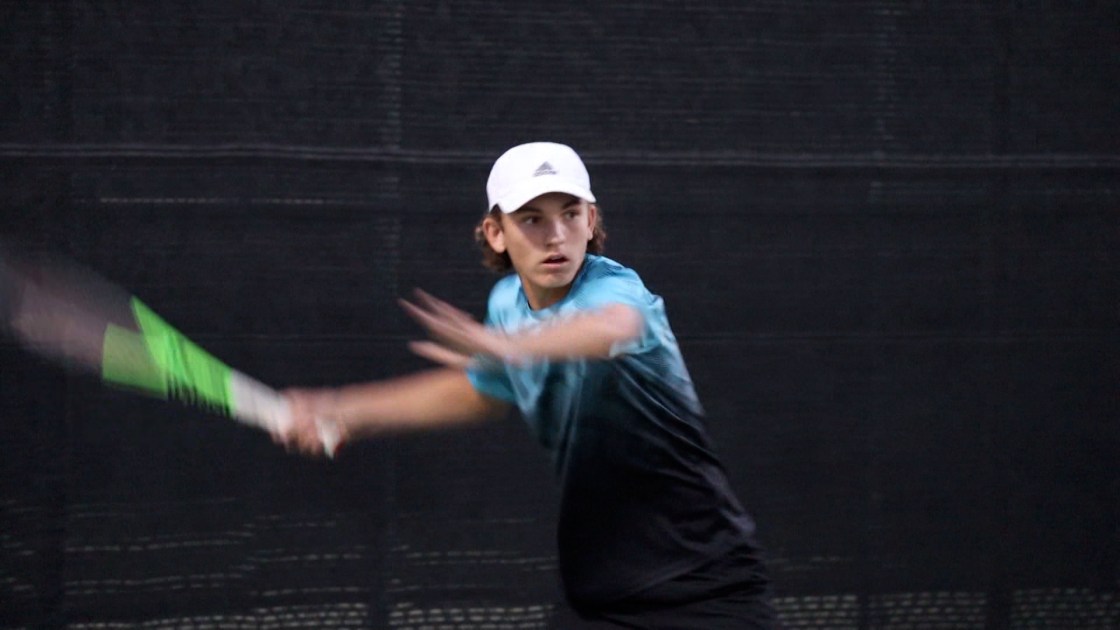 Coachella Valley native, Andrew “Drew” Hayduke II is 16 years old and has been playing tennis since he was three.

“Basically, my whole life had been in tennis, so pretty dedicated.”

“When he turned three, we went literally to one of these courts back here at Civic Center and I had these foam balls, and we would start hitting it.” Says his father, Dr. Andrew Hayduke. “He’s been working really, really hard.”

Drew’s dedication is paying off, recently, he broke into the top 100 national USTA rankings for the 16u age group.

“I just moved up to 99 this Wednesday, it’s pretty exciting, it’s a pretty big accomplishment for myself. It’s been my goal for a while now.”

Drew is competing in the 2022 Easter Bowl at the Indian Wells Tennis Garden, one of the top youth tennis tournaments in the country. He says that being able to play at a high level in his own backyard is exciting.

“It’ll definitely give me a boost on the court, it’s kind of fun playing at home. It’s a big national tournament so it’s one of the only ones that are local.”

His father Andrew Hayduke has been coaching Drew his entire life and seeing his son excel in a sport he loves is rewarding not only for their family but the community he represents.

“It’s very rare for a boy to make it in the singles in the Easter Bowl in the desert. I really don’t even know the last time it happened. It wasn’t a wildcard, he actually got into the main draw by his accomplishments. So it’s kind of exciting and it’s great to see.”

Recently, the top-ranked American man on the ATP tour, Taylor Fritz won the 2022 BNP Paribas Open in Indian Wells. Fritz is a Southern California native and Drew says that seeing Fritz on tour is inspiring for a kid from the Coachella Valley.

“It’s nice and it’s inspiring that you know, finally we’re getting a lot of good players at the very top so I want to be one of them in the future.”