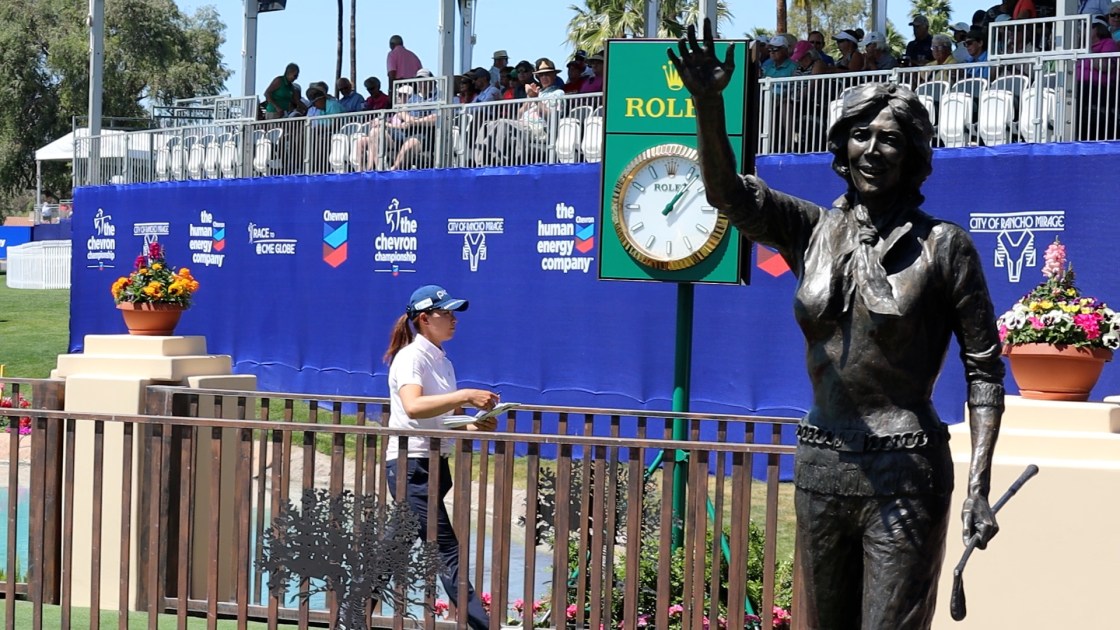 Round 2 of the Chevron Championship has wrapped up at Mission Hills Country Club and there’s a shake-up at the top of the leaderboard. 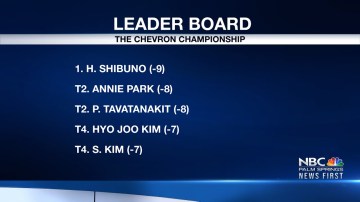 There’s a new leader after day two, Hinako Shibuno fired the low round of the day, 66, to put her ahead of the field heading into the weekend. Shinbuno was dialed in her approach shots, and she credits it to growing confidence in her swing thus far.

“On number one and 10 I had a tap in ready, then that makes me easier to play golf,” she says, “swinging harder (off the tee while making) decent shots and the second shot in the rough, it’s power.”

The young 23-year-old already has a Major win under her belt. Back in 2019, she sealed the deal on Sunday to win the AIG Women’s British Open.
But many are right on her tail ahead of moving day, including Nanna Koerstz Madsen, (-5 for the day) who nearly walked away with her second win this year last week at the JTBC Classic. However, she fell short losing in a playoff, so what better way to come back than to put yourself right into contention in the final two days of the tournament. Koerstz Madsen is on track to get whatever bad taste is left in her mouth from San Diego.
Other notables include the American Underdog, Annie Park who also shot a 5 under for the day. The former USC Trojan took that two-month break from the game last year, and that break seems to be paying off. She sits in second next to the defending Champion Patty Tavatanakit, who looks to be eyeing a repeat.
Hyo Joo Kim and Sei Young Kim with stellar rounds to end up just two shots off the lead right before moving day.
Some notable golfers not making it into the weekend: 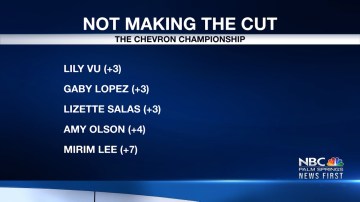 The beauty of golf is that there’s always another round and another tournament. It’s important to note that the leader you see after round 2, Shibuno, was tied for 72nd last weekend.
Tune in to NBC Palm Springs all weekend where Brandy Flores and Tali Letoi will be breaking down all the weekend action.