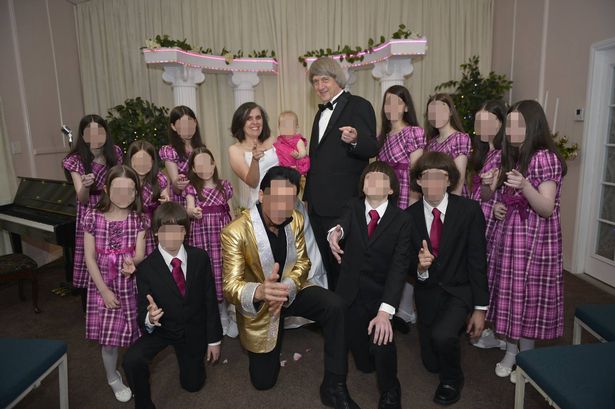 RIVERSIDE (CNS) – A Perris foster care couple and their adult daughter
accused of abusing two girls rescued from a home they say their parents had
turned into a prison for them and their siblings pleaded not guilty today to
felony charges.

Marcelino Olguin was additionally charged with multiple counts of lewd
acts on a child under 14 years old.

The trio were arraigned before Riverside County Superior Court Judge
Sean Crandell, who scheduled a felony settlement conference for June 6 at the
Riverside Hall of Justice.

According to court papers, two of the girls belonging to David Allen
Turpin and his wife, Louise Ann Turpin, were placed with the foster care
parents and their daughter in 2018, within a few months of their removal from
the Turpin home in the same city.

The Turpin girls were identified only as Jane Does in the criminal
complaint.

It alleges that Marcelino Olguin fixed his attention on the sisters,
while another girl, identified only by the initials “J.P.,” was physically
abused by the defendants, but not sexually assaulted.

The alleged offenses occurred between April 2018 and March 2021.

According to investigators, Marcelino allegedly kissed the victims and
told them not to wear undershirts. There were other alleged acts of
touching the children, whom the defendants also encouraged to fight, according
to court documents.

The Turpin girls were told that if they did not comply with the
defendants’ demands, they would not be able to see their older siblings again,
court papers allege.

The defendants have no documented prior felony convictions.

It is unclear how long they had been designated foster parents in the
county’s dependent care system, which has been under intense scrutiny since the
allegations surfaced, as well as other evidence of mismanagement by the
county’s Child Protective Services Department and Office of the Public
Guardian.

The Board of Supervisors in October hired former U.S. District Judge
Stephen Larson and staff attorneys from his Los Angeles-based law firm to
conduct an investigation of the agencies, which is expected to conclude in May.

An ABC documentary broadcast in November found that life had not
improved much for most of the 13 Turpin siblings after they were removed from
their parents’ residence in January 2018. At the time, their ages ranged from 2
to 29.

The documentary featured District Attorney Mike Hestrin, whose staff
have remained in contact with the Turpin children. Hestrin said multiple
victims were “living in squalor.”

“They’re living in crime-ridden neighborhoods. There’s money for
their education. They can’t access it,” Hestrin said. “This is unimaginable
to me, that we could have the very worst case of child abuse I’ve ever seen,
and then we would then not be able to get it together to give them basic
needs.”

The defendants operated what prosecutors and investigators described
as a “house of horrors,” keeping some of the children caged or chained most
times of the day, forcing them to subsist on peanut butter sandwiches and
burritos, making them sleep up to 20 hours daily, and allowing them to shower
only once a year.

The parents also engaged in repeated physical abuse, resulting in
injuries. The conditions were uncovered in January 2018 when one of the Turpin
girls, then-17-year-old Jordan Turpin, escaped through a window and called 911.