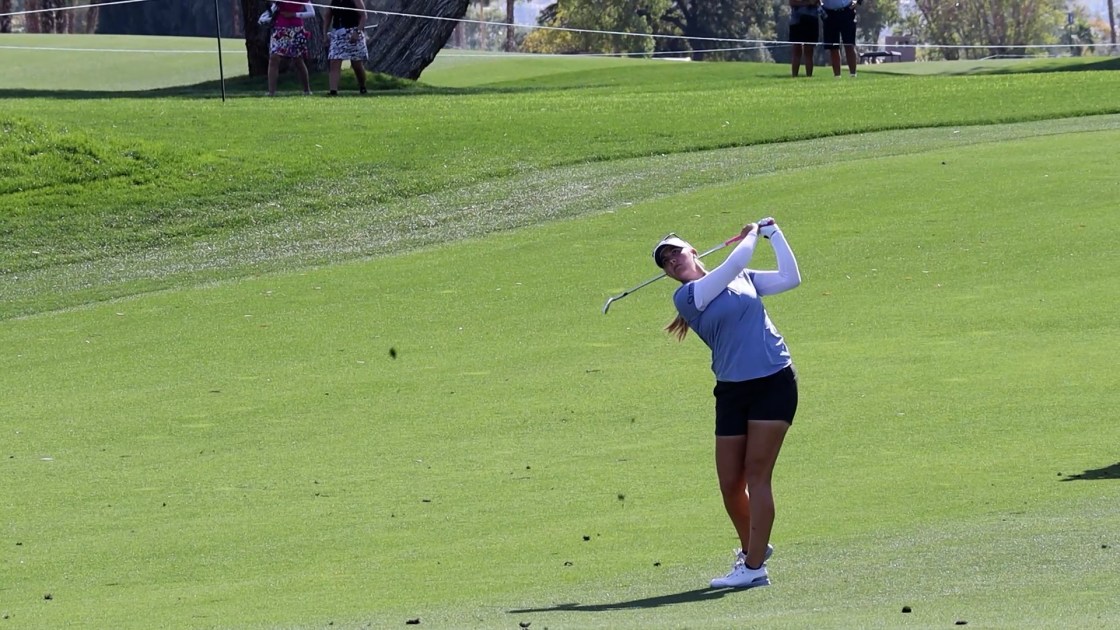 American Jennifer Kupcho finds the top of the leaderboard yet again as day three of the Chevron Championship wraps up.

” Honestly it’s all a blur. I mean, I hit the fairways, hit the greens, and really was just trying to put smooth putting strokes on them,” says Kupcho. “That’s what I did, and they fell.”

Before her round, Kupcho was one shot off the lead but now is 6 strokes ahead of the rest of the field, shooting a fiery 64 at Mission Hills Country Club. The young former No. 1 Amateur is seeking her first tour win and has a good look at sealing the deal Sunday with the substantial lead. Kupcho also has a chance to be the first American in 2015 to win at Dinah Shore.
When asked what her goal was today, Kupcho admits that she surpassed her own expectations.
“68. I blew that out of the park, but yeah because I didn’t shoot 68 yesterday. That was my goal yesterday and I didn’t shoot it yesterday, so today.”
However, several golfers remain in the hunt to jump in Poppie’s Pond.
Defending champion, Patty Tavatanakit’s hot streak seemed to lose some steam on the back nine, but she still sits alone in second at 10-under. Meanwhile, Jessica Korda is quietly climbing that leaderboard, after a smooth 67 on moving day puts her in third just 7 strokes behind Kupcho.
Be sure to tune in to NBC Palm Springs where Brandy Flores and Tali Letoi will break down big Championship Sunday, where one golfer will raise that trophy and take the final leap into Poppie’s Pond.