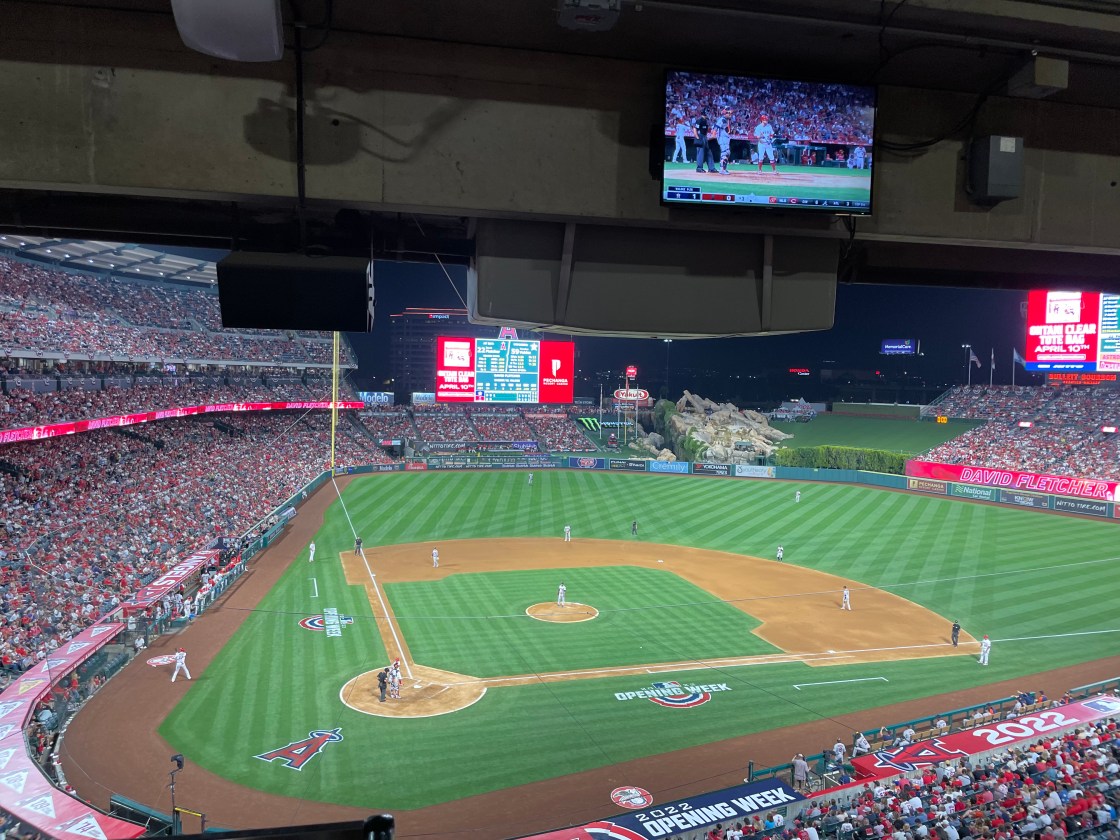 The 2022 MLB Opening Day was a big moment for baseball. After a 99-day lockout that provided major uncertainty for the start of the season, baseball was officially back. The Los Angeles Angels of Anaheim kicked off their season against the Houston Astros on Thursday, and one Coachella Valley local was supposed to make his big start for the Halos.

Taylor Ward is a Shadow Hills high school alumni and was supposed to be the starting right fielder for the Angels on opening day. The night before the big return of baseball, Ward was placed on the 10-day IL. Angels Manager Joe Maddon confirmed it was due to a left groin strain injury he suffered during the Tuesday night freeway series game against the Los Angeles Dodgers.

“He didn’t get hurt on the play that he dove after the ball,” Maddon explains, “but then the next play he does feel it, just went into the wall. It’s really weird this game.”

Maddon also confirmed that Ward was going to be the starting right fielder for the Angels on opening day.

“We were looking forward to playing him a lot. So again, it’s just getting well, for him. He’s been waiting for this opportunity and it was right there for him. He’ll be back, he’ll play a lot. He’s gonna make his mark this year. People will see how good he is, yes, he’s that good.”

As for the severity of the injury, Maddon believes that Ward might not need to take the full 10 days, but recovery for everyone is different.

“I mean, we’ll take whatever the minimum requirement is, but I don’t think it should go much after that. Hopefully not.”

This would have been Taylor Ward’s first opening day start as a big leaguer. Maddon also added that he and Trout were solidified in their outfield spots in center and right, with Jo Adell and Brandon Marsh switching out in left field.

Ward was called up from the Angels’ triple-A team midway through the 2021 season, where he got a lot of playing time on an injury-ridden Halos squad. Ward shined for the Halos and held the highest OPS among all the outfielders by the end of the year. It was during the short 2022 spring season, that Ward solidified his starting spot in right field as he continued his consistency at the plate.

The timing of his injury is very unfortunate, but once Ward is back, it will be exciting to watch a Coachella Valley local start in the big leagues for a professional baseball team only a 2-hour drive away.

Several people in the valley are so proud of Ward for even getting to this point, especially his former coach, Teg Diffey, who coached Ward for three years at Shadow Hills high school.

Diffey says that seeing Taylor Ward succeed in the big leagues is no surprise and a testament to the athlete and great leader he saw in him as a kid. Ward graduated from Shadow Hills high school, where he was a standout baseball player and student. Ward was then drafted by the Angels out of Fresno State in 2015, in the Angels system, he switched from catcher to outfield.

“I still remember watching him – his first time on his throwdowns, I thought well, okay there’s our catcher,” Diffey says of his former star player. “Following that was BP, to see his bat speed, the ball just jumping off the bat and he just stood out. He commanded respect from his presence, he carried himself well.”

Diffey is now the assistant principal at Palm Desert high school and says that the Angels actually called Diffey to ask about what kind of person Ward was when they drafted him in 2015.

“Everyone has that dog, that retrieves the ball and just keeps chasing until its paws bled. Well, that was Taylor on the ball field, he would take BP until his blisters had blisters – that’s the kind of kid he was. When the Angels contacted me asking for his background — thats the anaology I gave them. I told them, you’re getting a baseball kid from a baseball family. You’re never gonna have troubles with him. He’s gonna be a good representation of the organization and right out the shoots — he was special. “