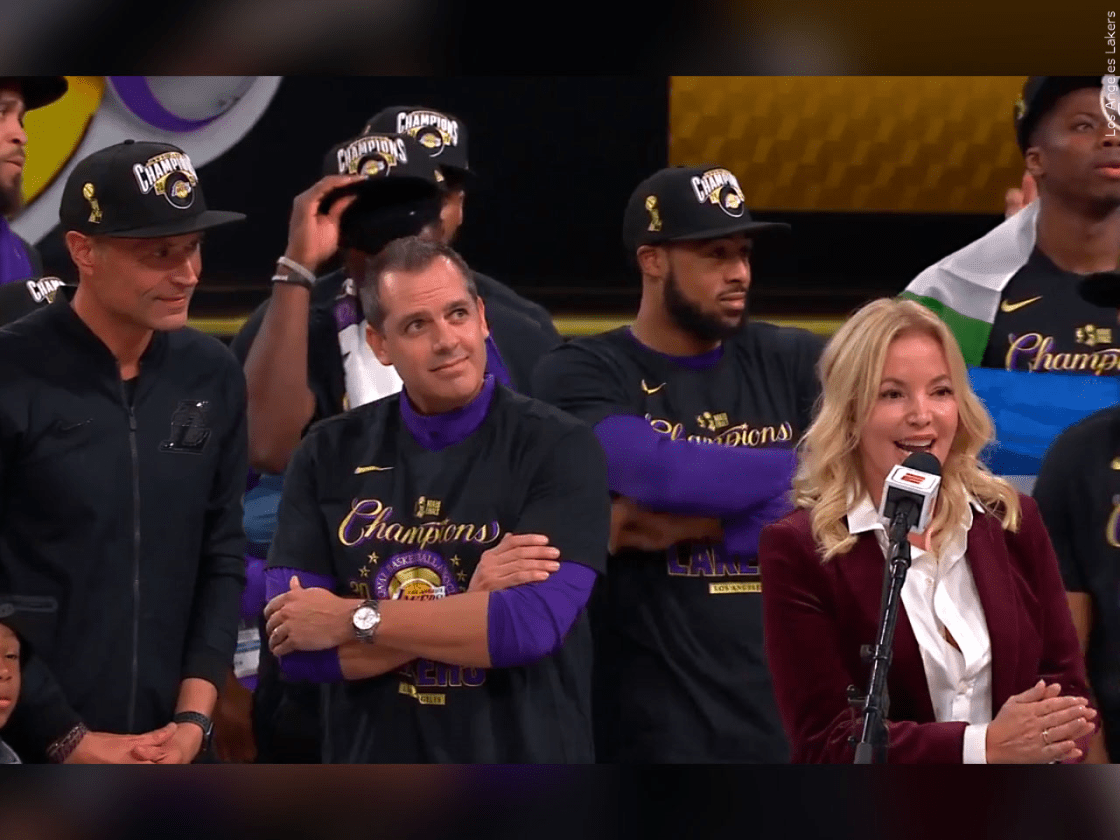 LOS ANGELES (CNS) – Just two years removed from their 17th NBA
championship, the Lakers today fired head coach Frank Vogel — a move that had
been widely expected after a disappointing season that ended without a berth in
the playoffs.

Vogel completed his third season with the team on Sunday, with Lakers
recording a 146-141 overtime victory over the Denver Nuggets. But the team
finished the season with a 33-49 record, good for just fourth place in the
Pacific Division.

“I have a tremendous amount of respect for Frank both on and off the
court,” Rob Pelinka, Lakers vice president of basketball operations and
general manager, said in a statement.

“Frank is a great coach and a good man. We will forever be grateful
to him for his work in guiding us to the 2019-20 NBA championship. This is an
incredibly difficult decision to make, but one we feel is necessary at this
point. All of us here with Frank and his wonderful family all the best for the
future.”

The Lakers also tweeted, “Thank you, coach,” accompanied by a
picture of Vogel holding the championship trophy.

The 48-year-old Vogel led the Lakers a 52-19 record in the 2019-20
season, his first year with the team, as the league held the playoffs in its
“bubble” in Orlando, Florida, to protect players from the surging coronavirus
pandemic.

But the team couldn’t match that success in Vogel’s subsequent two
seasons, despite the presence of stars such as LeBron James and Anthony Davis.

Last year the team finished 42-30 and was ousted from the playoffs in
the first round — while this season, with James and Davis both battling
injuries, the Lakers missed the postseason. Vogel compiled a 127-98 record
during his time with the team.

Injuries played a huge role in the team’s nosedive this season, as
they were able to have their three biggest stars — James, Davis and Russell
Westbrook — play only 21 games together. As a result, Vogel was forced to
conjure a patchwork of lineups, with continuity always elusive.

Vogel’s job had reportedly been in jeopardy for some time, and Sunday
ESPN reported the Lakers would make the move as soon as Monday.

Vogel on Sunday reacted testily to that report, saying after the
team’s season-ending victory,  “My reaction is, I haven’t been told
(expletive), and I’m going to enjoy tonight’s game and celebrate what these
young guys did in terms of scratching and clawing and getting back into this
game and getting a W. We’ll deal with tomorrow, tomorrow.”

Monday, before the team’s official announcement of Vogel’s dismissal,
James was asked about the report, and said, “I respect Frank as a coach and as
a man. … I have nothing but respect for him.”