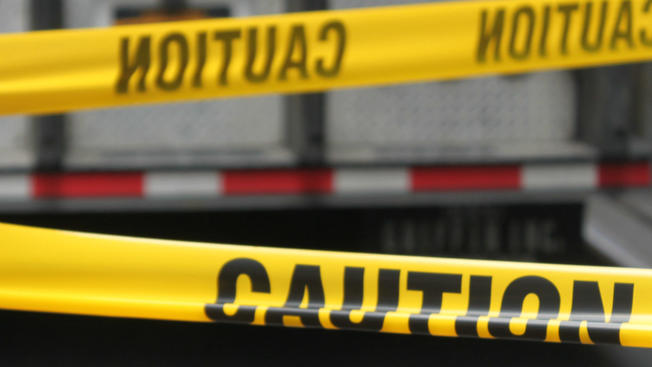 CABAZON (CNS) – One person was killed and another was critically
injured today in a fiery crash involving a big rig and a pickup truck on
eastbound Interstate 10 in Cabazon.

According to the California Highway Patrol, shortly before 2 a.m., the
driver of a Toyota Tundra pickup heading east drifted off the roadway for
unknown reasons and struck a series of sand-filled barricades along the right
shoulder just west of the Main Street off-ramp.

The pickup eventually rolled over, coming to a stop on the freeway,
with no lights on, according to the CHP. Moments later, the pickup was struck
by an eastbound Kenworth big rig hauling a shipping container.

CHP officials said the big rig driver attempted to swerve to avoid the
overturned pickup, but struck the vehicle at about 55 to 60 mph.

Both vehicles immediately burst into flames.

The driver of the Kenworth truck — described as a 63-year-old Arizona
man — was able to jump from the burning tractor while it was still moving.
He was taken to Desert Regional Medical Center in critical condition, according
to the CHP.

The driver of the Toyota Tundra was unable to get out of the burning
vehicle, and died at the scene. He was described only as a male, whose age and
residence were unknown.

The entire eastbound freeway was closed as crews responded to the
crash. A single lane was opened a short time later, but the rest of the roadway
remained closed until about 6:15 a.m.

CHP officials said that due to the fiery nature of the crash, it was
unclear if the drivers were wearing seatbelts. The cause of the crash remained
under investigation, but drugs and/or alcohol have not been ruled out.