Chella to Bring Nostalgia Through a Celebration of Indio Community 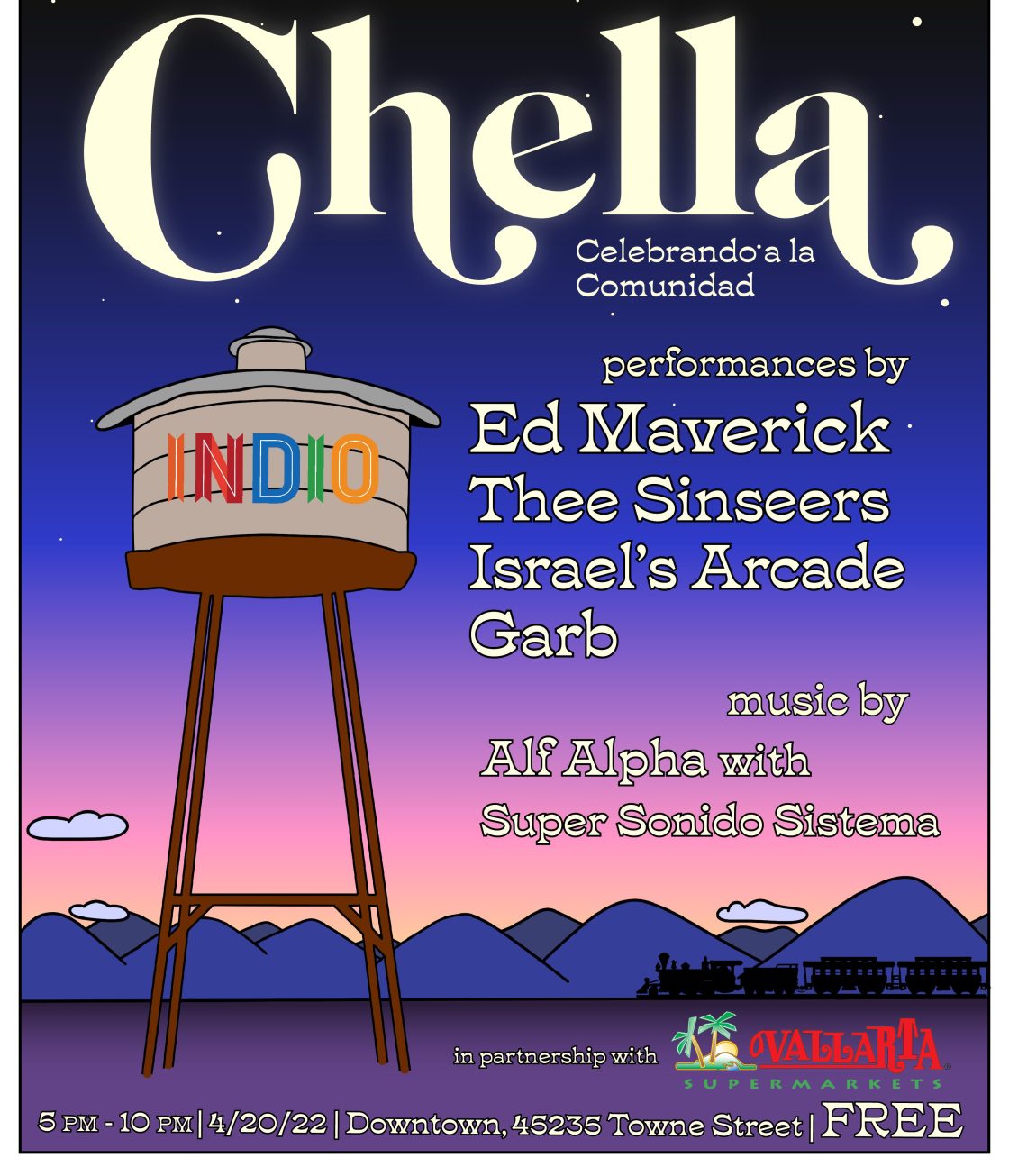 Production company Goldenvoice will partner with the city and Vallarta
Supermarkets to bring back the previously ticketed event for free this
year. It will feature local food trucks, live performances and a DJ in the
downtown area from 5 to 10 p.m.

“I still can’t believe I’m playing at Coachella,” the rising artist
said during his performance, which was followed by the crowd chanting for an
encore in Spanish, “otra, otra.”

Maverick has more than 5 million monthly listeners on Spotify and
recently released his single “Vuelta en U” on April 1.

Food will be available at La Cocina by Vallarta Supermarkets. The
restaurant, one of 53 locations in California, offers traditional foods from
Mexico and Central America that customers can enjoy before or after getting
their groceries.

Event organizers encourage people to bring blankets, strollers, bags
and their pets. But no chairs, coolers or alcoholic beverages will be allowed
in the performance area.