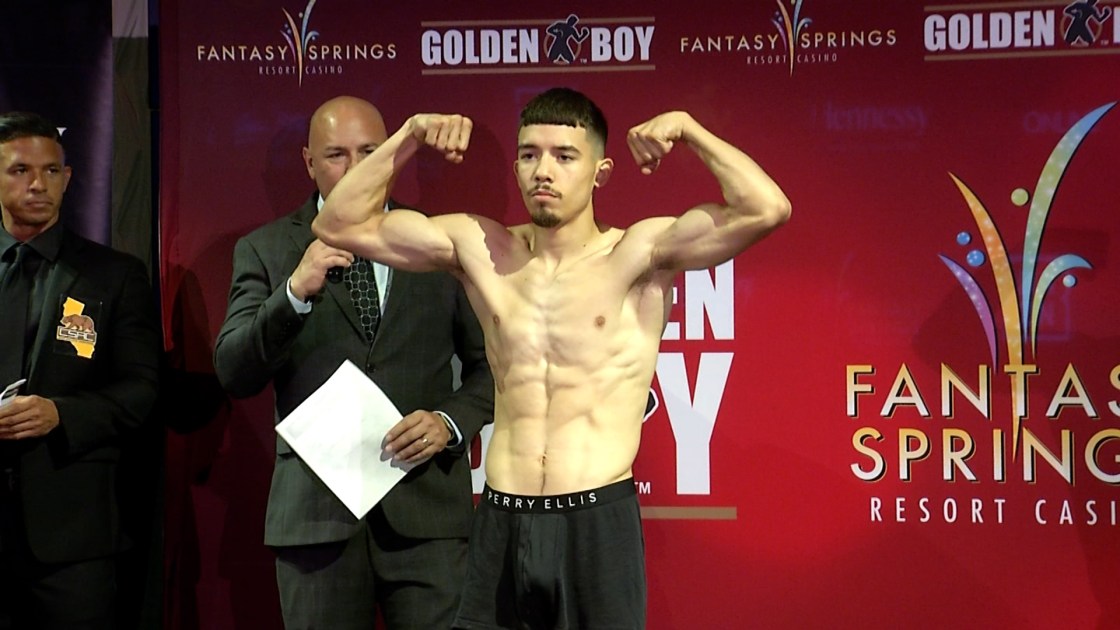 Flores will fight against Victor Ruiz from Tijuana, Mexico (23-12, 16 KO) in the second match of the day, a Super Bantamweight 8-round bout. This is the first time Flores will enter the ring as a pro in his hometown.

“I’m very excited. I’m very happy. I’m just excited to put on a show for everybody out there.”

Flores trains at the Joel Diaz Boxing gym in Indio, CA, and is an undefeated rising prospect. His main goal on Thursday is to win, but more importantly, set a good example for the youth in his community.

As for his fight preparation, Flores says that his training camp has stayed consistent.

“I made no changes since my last camp. I mean, we looked at my last fight, just looked at a little bit of complications and fixed it, but we’re good now. We’re trying to avoid getting hit, you know, take fewer shots, and be more effective.”

The Coachella Valley is widely known as a breeding ground for top fighters, like Cub Swanson and Tim Bradley. In recent years, the valley has produced more prospects like Flores, Brandun Lee, 17-year-old Jocelyn Camarillo, and Sebastion Fundora. Not to mention, all these guys usually train together at the Joel Diaz gym in Indio. Flores says that having the support of other local fighters and the boxing community gives him great pride to come from the Coachella Valley.

“Just seeing everybody win, it just makes me want to win. You know, like, if they win, I win. That’s basically what it comes down to, and I love that.”

If you can’t make it in person, the matches will be streaming on DAZN.COM and on the DAZN app, live coverage begins at 6 pm.

NBC Palm Springs has you covered on Thursday with live coverage from Fantasy Springs Resort & Casino at 5 pm, 6 pm & 11 pm.