Coachella’s Manuel Flores Knocks Out Victor Ruiz in Third Round 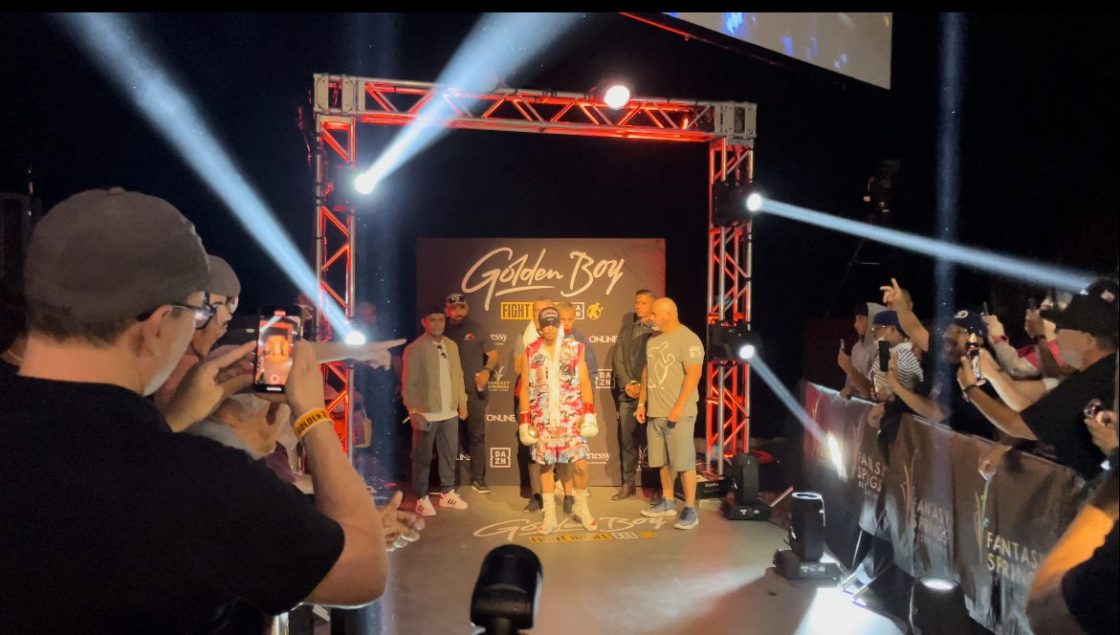 It was a sold-out show at Fantasy Springs Resort & Casino Golden Boy Fight Night, but the crowd wasn’t there for the main event. They came to cheer on rising prospect Manuel “Gucci” Flores (12-0,9 KO) from Coachella, CA as he took on Victor Ruiz.

Flores put on a show in front of his home crowd, knocking out Ruiz in the third round, and staying undefeated.

“It’s a blessing, a sold-out crowd. Couldn’t ask for anything more, you know, knockout in the third round in front of everybody. That’s a blessing, I think.”

Third time's the charm… Manny Flores drops Victor Ruiz thrice in one round and finishes this one 💥#DiazJrGesta pic.twitter.com/dHVPQWxJak

The first round was a bit slow, but Flores still landed some great shots, which was by design according to Flores’ coach, Antonio Diaz.

“We can’t just go in there and go wild. We have eight rounds to work with. So this guy was a skilled veteran, so he had to go in there and measure him to see what he had. We saw he was throwing those overhand punches. Those are those dangerous for fighter like Manny, a young fighter. As you can see, there was a head clash so we wanted him to take his time and finish them gradually.”

Flores was given the green light in the second round he came out strong, pushing Ruiz to the ropes early. On one occasion, Ruiz was slow to get up, but he did finish the round.

“He got saved by the bell a little bit. I knocked him down in the second round. He went into the corner, I came back, the third round starts my coach told me to be smart, don’t rush anything. We stayed calm, stay collected, and we got the job done.”

In the third round, Flores came out with the same energy, and Ruiz was sent to the floor twice. Then finally, Flores delivered a left hand to the “pelon”, and Ruiz calls it a night.

Flores now improves to 12-0 with 9 knockouts, and his coach, Diaz thinks he is ready for the next step.

“I mean, he’s ready for either the next step or a better opponent.”