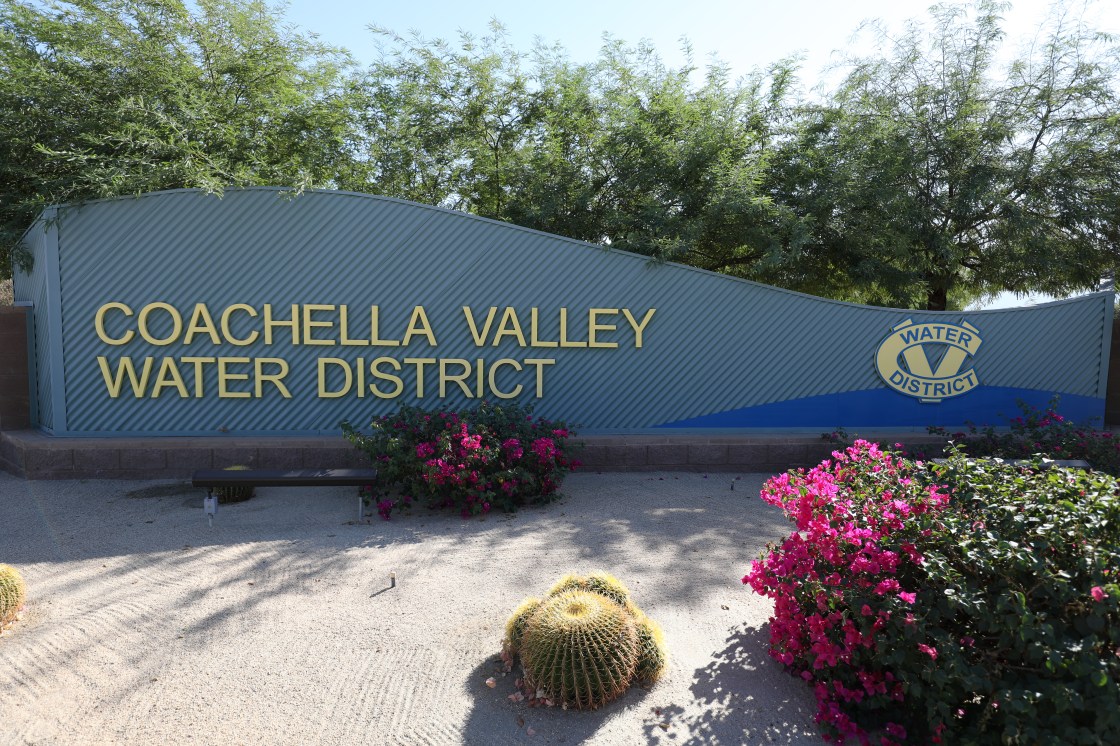 “We all walk through neighborhoods where lawns are so over irrigated that they’re creating a small stream on the street,” Wade Crowfoot, California Secretary for Natural Resources, said. “We have to eliminate that level of water waste.”

“Climate change is accelerating in alarming ways and faster than scientists predicted even 10 to 20 years ago and that means we have to move very quickly,” Secretary Crowfoot continued.

And some Southern California water districts are taking action.

The Metropolitan Water District (MWD) of Southern California is now asking its residents to cut back on water usage by 35% and limit outdoor watering to one day a week.

But here in the Coachella Valley, it’s a different story.

“At this time, we don’t have plans to take the actions that the Metropolitan Water District has taken,” Scott Burritt said.

Scott Burritt is the Director Of Service and Communication at the Coachella Valley Water District (CVWD).

He says the desert water usage is very different compared to the areas served by the MWD.

“I think the big difference is that we have an aquifer that we replenish,” Burritt explained. “We have recycled water that we use and non-potable water. So, we have different water uses in the Coachella Valley and different sources that we can use for irrigation.”

The CVWD created restrictions in mid-April by prohibiting outdoor spray irrigation from 10 a.m. to sunset and increasing the turf rebate from $2 to $3.

But compared to the CVWD, the MWD serves about 6 million people.

And that’s not all.

“They rely much more on reservoirs and the water storage is running low in other parts of the state,” Burritt said. “Here, we have the aquifer and that water is available when the rest of the state is in a drought.”

He continued, “The Coachella Valley is always in a drought. We have to do our best to conserve water all the time and ensure the sustainability of the aquifer.”

Burritt says the CVWD is looking okay in its water levels for the upcoming summer months.

If things get worse, he says there is a chance they will cut back water usage to all daylight hours but they don’t expect any major changes at this point.

All of this being said while residents have expressed concerns about some controversial water projects across the desert.