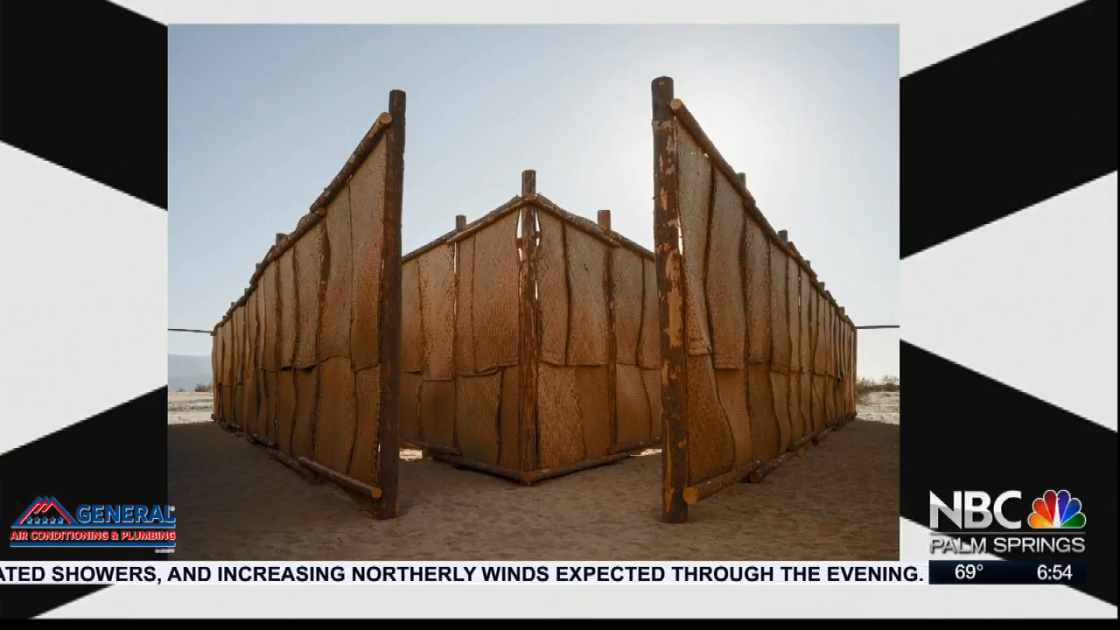 PALM SPRINGS (CNS) – “Desert X 2021 – The Film” — a documentary and
film catalog for audiences to enjoy and understand the recent Desert X
exhibition in the Coachella Valley — will be shown in competition at the
Riviera International Film Festival in Italy today.

The film, directed by Dylan Robertson and produced by Zoe Lukov, will
be shown on Wednesday and Friday in the festival’s documentary section for
films that address environmental themes and ideas.

“We are honored that the film has been chosen to be part of the
Festival’s Official Selection and will be recognized in a global context
alongside such prestigious filmmakers,” said Desert X President, Susan Davis.
“The work being done by the participating artists and the ideas and
conversations provoked by the exhibition and the film are both urgent and
vital. This recognition will expand that dialogue to a wider international
audience.”

The film documents the creation of Desert X’s 2021 exhibition. It was
released in October 2021 with premiere screenings at the Rancho Mirage
Amphitheater and the Getty Center in Los Angeles.

Desert X’s 2021 exhibition included commissioned works from various
artists — from eight countries — to pose questions about the past while
imagining the possibilities of the future. The artists were invited to explore
the Coachella Valley’s desert as a place and idea through their art works.

The commissioned works from artists that were located throughout
cities in the Coachella Valley and featured in the film include:
-Zahrah Alghamdi, “What Lies Behind the Walls,” in Desert Hot Springs
-“Women’s Qualities,” by Ghada Amer, in Rancho Mirage
-“Finding Home in My Own Flesh,” by Felipe Baeza in Palm Springs
-“The Wishing Well,” by Serge Attukwei Clottey in Palm Springs
-“Never Forget,” by Nicholas Gelanin in Palm Springs
-“ParaPivot,” by Alicja Kwade in Sky Valley
-“Frequencies,” by Oscar Murillo in Indio
-“The Art of Taming Horses,” by Christopher Myers in Palm Springs
-“The Passenger,” by Eduardo Sarabia in Cathedral City
-“Because You Know Ultimately We Will Band A Militia,” by Xaviera
Simmons in Palm Springs
-“Jackrabbit Homestead,” by Kim Stringfellow in Palm Desert
-“Tamanrasset,” by Vivian Suter in Palm Springs

The film takes viewers inside the artists’ studios around the world
and speaks directly to the Native American Land Back movement, climate change
and water rights, histories of feminism, and the urgent issues facing Black
lives.

“We had the opportunity to go into the artists studios and hear
directly about their processes and practices in their words,” said Lukov,
“and then go deeper, gaining an understanding of the issues addressed by each
artists’ respective works and ultimately to realize our commonalities despite
geographic and/or sociopolitical divides.”

Desert X has attracted over 1.25 million to exhibitions since 2017.
The next exhibition will open on March 4, 2023, at sites across the Coachella
Valley.