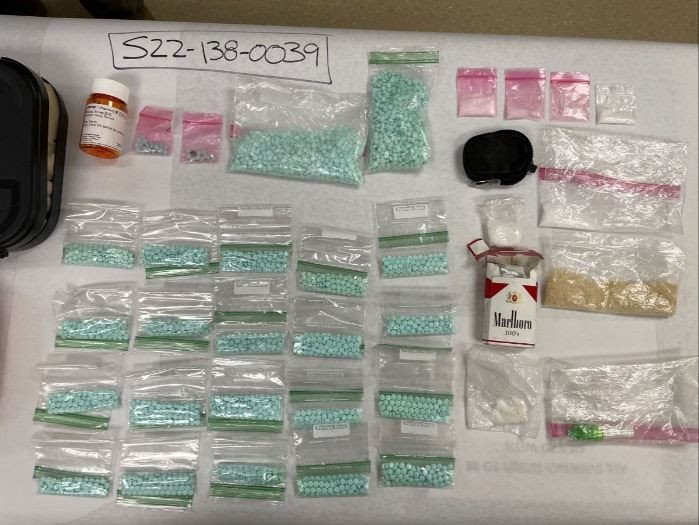 CATHEDRAL CITY (CNS) – Two people were behind bars today following
their arrests in Cathedral City on suspicion of stealing packages from porches,
and for allegedly having firearms and narcotics in their vehicle.

Dale Shane Adams, 39, of Yucca Valley, and 31-year-old Mallory Lynn
Bauer, of Temecula, were stopped by Rancho Mirage Special Enforcement Team
deputies on Wednesday because their silver minivan matched the description of a
vehicle used in a series of package thefts from porches, according to the
sheriff’s department.

Deputies searched their vehicle and allegedly found a 9mm pistol with
a 50-round drum magazine and a shoulder-mount stabilizer, 481 grams of
fentanyl, 62 grams of methamphetamine, 20 grams of cocaine and property from
the package thefts, according to the department.

Adams was arrested on suspicion of grand theft, numerous narcotics and
firearms violations and multiple outstanding arrest warrants, officials
said. He was being held in lieu of $501,000 bail.

Bauer was arrested on suspicion of grand theft. She was being held in
lieu of $25,000 bail.

Both were being held at the John Benoit Detention Center in Indio.