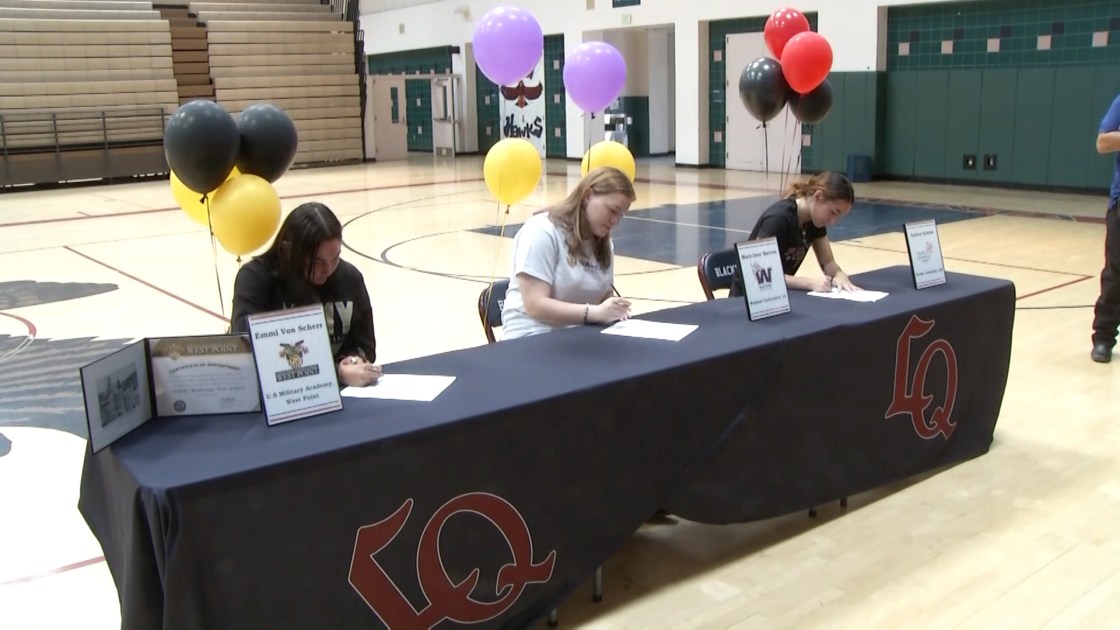 Emmi Von Scherr is headed to West Point Academy, where she will run track and cross country. Emmi is most excited to serve her country and after college, she hopes to rise the ranks in the united states army.

“I’ve always been into like the military stuff. I wanted to go Army because it is the biggest branch. I think West Point is a one-of-a-kind college and having the duty and honor to serve my country is just amazing.”

MaryJane Barton is going to attend Waldorf University in Iowa, where she will continue wrestling. MaryJane will study psychology and wants to become a child psychologist after college.

“I’m stoked. I’m excited. I always wanted to go to college out of state and now that it’s actually happening, and I’ve signed papers, and I’m getting all the emails and everything. It’s super exciting.”

“It definitely was a big deciding factor, like above athletics and academics and location. I think my cousin really sealed the deal for me.  After college, I’m going to be pursuing a career as a medical examiner for forensics. I’m pretty excited to see what I do after college.”

Longtime wrestling coach and La Quinta high school administrator, Samantha Hirsch says that girls wrestling is a growing sport in the United States and that it’s not too common for girls to earn college scholarships for wrestling.

“I am super, super proud. Sydney I have known since she was a little girl, I’ve seen her grow and she’s really really grown into an incredible young lady as with MaryJane. MaryJane has gone through a lot of things in her four years here and she’s just grown and developed into an amazing young lady as well.”