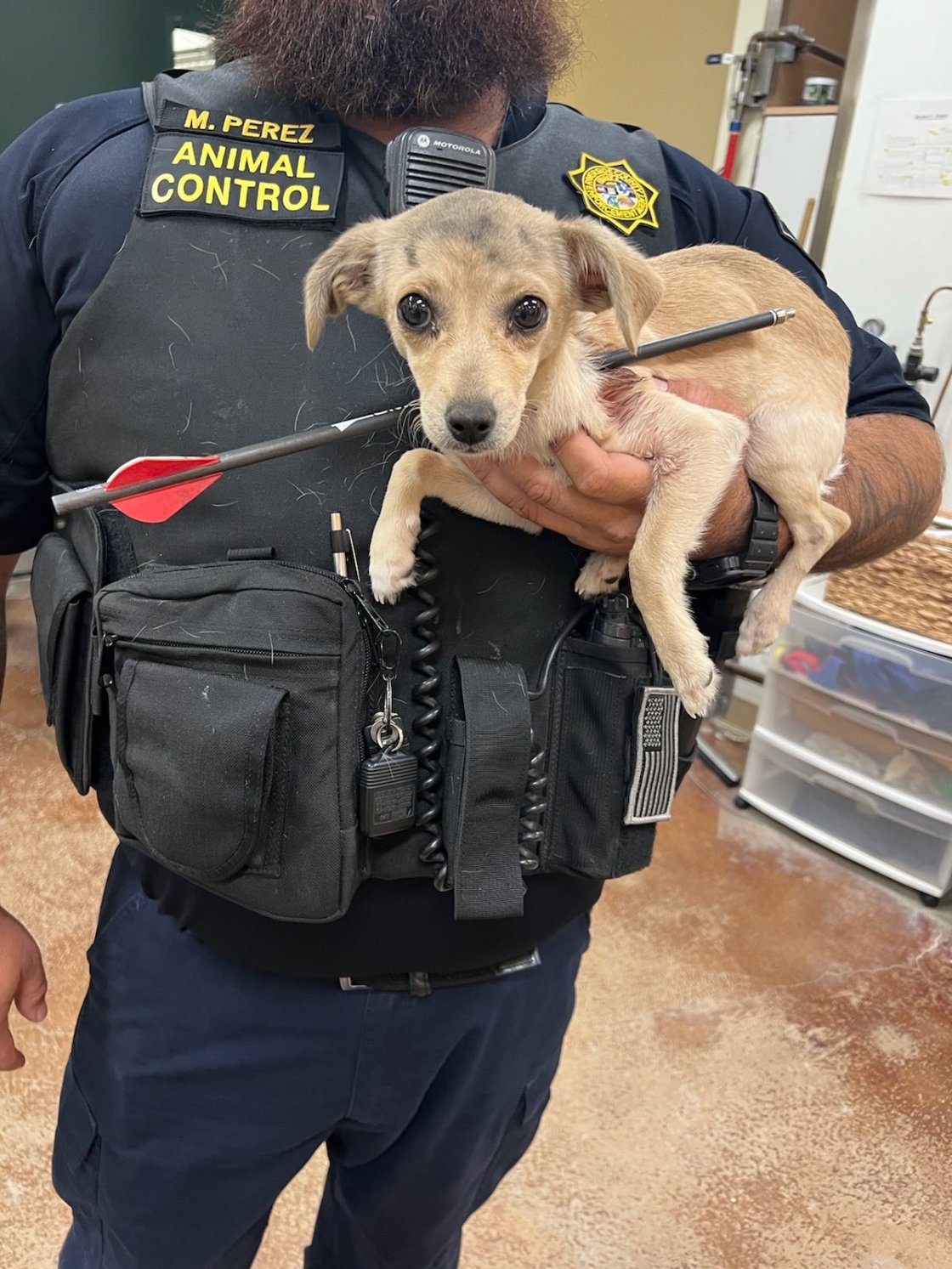 DESERT HOT SPRINGS (CNS) – A Chihuahua puppy mix was shot through the
neck with an arrow in Desert Hot Springs today, requiring emergency surgery
that veterinarians believe will be successful in saving the pup’s life.

The four-month-old female was found early Monday morning by a woman in
the 15500 block of Avenida Florencita, near Camino Campanero, according to
the Riverside County Department of Animal Services.

Agency spokesman John Welsh said the resident, whose identity was not
released, was awakened by the pup yelping and immediately went to check
outside.

She found the Chihuahua with an arrow penetrating straight through the
little dog’s neck.

“For someone to willfully shoot this poor pup with an arrow is
disgusting,” Animal Services Director Erin Gettis said. “We are shocked, and
we hope someone can provide us any information as to who did this. Meanwhile,
we’ll continue to treat this puppy.”

The canine was turned over to a sheriff’s deputy, who then
relinquished it to an animal control officer, after which she was transferred
to the Coachella Valley Animal Campus in Thousand Palms for surgical removal of
the arrow, according to Welsh.

He said that, amazingly, the projectile did not “strike the puppy’s
vital arteries.”

“She is such a sweet puppy,” veterinary technician Emily Ellison,
who is caring for the dog, said. “I cannot imagine why anyone would do
something so terrible to such an innocent creature. It’s very sick.”

Video of the dog, before and after surgery, can be found at

Gettis said the Chihuahua, pending recovery, will eventually be placed
for adoption.

In the meantime, authorities are asking anyone with information about
the act of cruelty to contact the Department of Animal Services at 951-358-
7387.