Ominous texts. An earlier shooting. What we know about the Texas elementary school massacre that killed 21 people 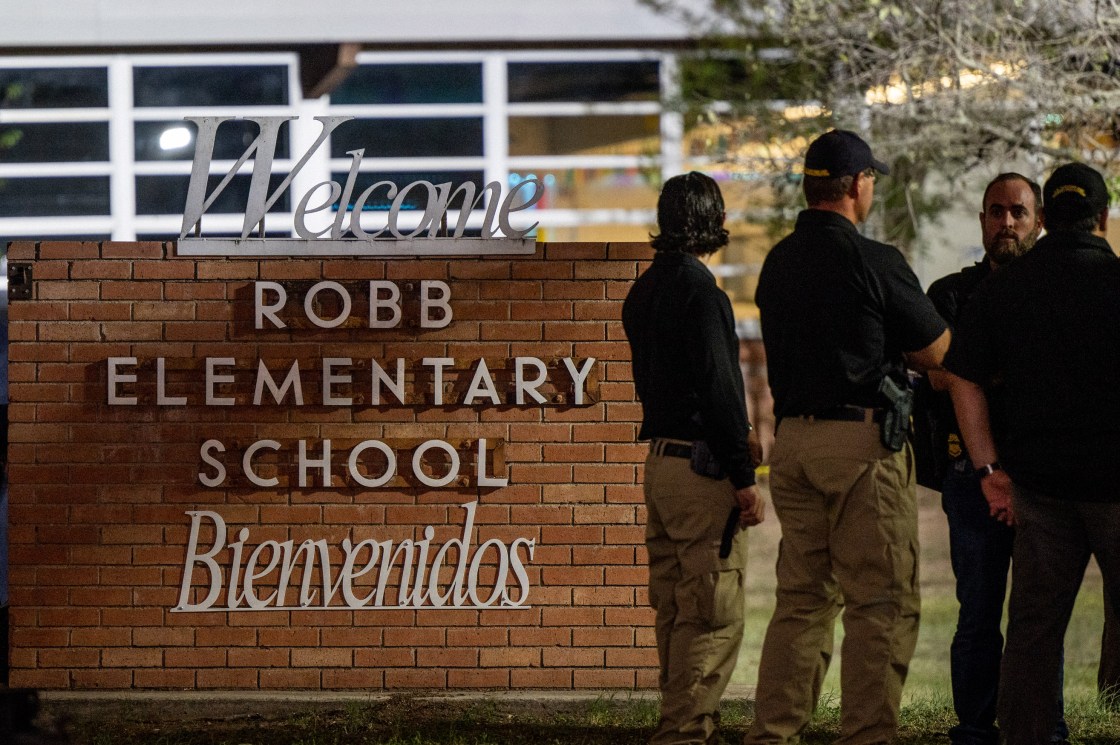 (CNN) — We may never know why a shooter gunned down 19 children and two teachers at Robb Elementary School.

But as the nation mourns the 21 lives lost, more details are emerging about the investigation, the gunman and troubling clues leading up to Tuesday’s massacre in Uvalde, Texas.

Here’s what we know:

Authorities have identified the lone gunman as 18-year-old Salvador Ramos.

Minutes before the mass shooting, Ramos allegedly sent a series of text messages to a girl in Europe who had met online, describing how he had just shot his grandmother and was going to “shoot up a(n) elementary school.”

According to screenshots reviewed by CNN and an interview with the teen girl, whose mother gave permission for her to be interviewed, Ramos complained about his grandmother being “on the phone with AT&T abojt (sic) my phone.”

Six minutes later, he texted: “I just shot my grandma in her head.”

The 15-year-old girl, who lives in Frankfurt, Germany, said she began chatting with Ramos on a social media app on May 9.

She said Ramos told her on Monday that he received a package of ammunition. She said he told her that the bullets would expand when they struck somebody.

At some point, the girl asked what he planned to do. She said he told her it was a surprise and to “just wait for it.”

On Tuesday, at 11:01 a.m. CT, Ramos called and told her he loved her, she said. Then, about 20 minutes later, he texted her that he had shot his grandmother.

As of Wednesday, the woman likely to be Ramos’ grandmother was being treated in serious condition at a San Antonio hospital.

The shooter crashed his vehicle before the massacre

It’s not clear why Ramos decided to target Robb Elementary — a school that had 535 students in grades 2 through 4 as of last school year.

But before he entered the school, his vehicle crashed into a nearby ditch, Estrada said. The cause of the crash was not clear.

Ramos got out of the vehicle wearing a bulletproof vest and carrying a rifle, the sergeant said.

How the school shooting unfolded

The gunman encountered a school district police officer, who wasn’t able to stop him, Estrada said.

“He was engaged by an Uvalde ISD police officer who works here at the school. And then after that, he was engaged by two other officers from the Uvalde Police Department,” Estrada said.

Officials haven’t made clear how Ramos managed to get past the officers and open fire in adjacent classrooms.

More than 20 US Customs and Border Protection agents responded to the scene and provided aid, a law enforcement official said. A CBP agent was injured but is stable, the official said.

The agents and other law enforcement officers took fire from the shooter, who had barricaded himself, Department of Homeland Security spokeswoman Marsha Espinosa tweeted.

“Risking their own lives, these Border Patrol Agents and other officers put themselves between the shooter and children on the scene to draw the shooter’s attention away from potential victims and save lives,” she wrote.

Eventually, a tactical agency “was able to eliminate the threat and bring the suspect down,” Estrada said.

What we know about the victims

Hours after the shooting, families waited in agony at a nearby civic center to find out if their loved ones had survived. Some told CNN they gave DNA samples to help identify the victims.

“We see people coming out just terrorized. They’re crying one by one. They’re being told that their child has passed on,” said state Sen. Roland Gutierrez, who was at the civic center Tuesday.

Outside the center, a father who had just learned his child was killed fought tears as he was embraced by his cousins, CNN’s Nicole Chavez reported.

A few yards away, a grandmother arrived from San Antonio. She said she would not stop praying for her 10-year-old granddaughter as they waited for the identification results of the DNA swabs.

“He really couldn’t wait to go to middle school,” she said.

“Please don’t take a second for granted,” Garza posted on Facebook. “Hug your family. Tell them you love them.”

As of Wednesday, six victims remain hospitalized, four of whom — including a woman likely to be the gunman’s grandmother — are at University Hospital in San Antonio, according to the hospital.

Brooke Army Medical Center in San Antonio received two adult patients from the shooting. Both are listed in serious condition, the hospital tweeted.

What we know about the shooter

The gunman was a student at Uvalde High School, officials said.

Three days before the shooting, a photo of two AR-15-style rifles appeared on an Instagram account tied to Ramos.

One of Ramos’ former classmates, who didn’t want to be identified, told CNN Ramos recently sent him a photo showing an AR-15, a backpack with rounds of ammunition and several gun magazines.

“He proceeded to text me, ‘I look very different now. You wouldn’t recognize me,'” the friend added.

Evening manager Adrian Mendes said Ramos “kept to himself mostly” and “didn’t really socialize with the other employees. … He just worked, got paid, and came in to get his check.”

The teen girl in Germany who said she and Ramos had communicated for weeks said Ramos told her he spent a lot of time alone at home.

“Every time I talked to him,” she said, “he never had plans with his friends.”