Rare Meteor Shower Expected Tonight, Tips on How to Watch 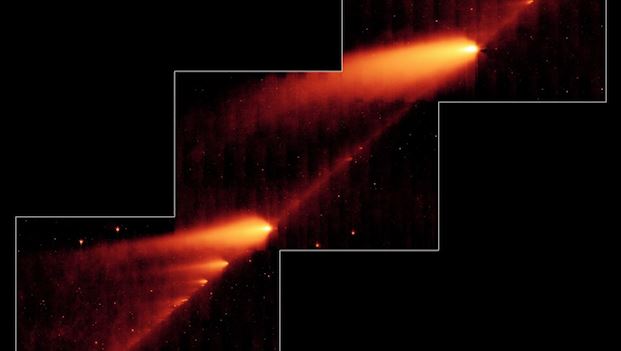 Get ready to make a wish, or a thousand.

Because tonight, a never-before-seen meteor shower, called the Tau Herculids, is expected to paint our skies.

That alone has sky-watching enthusiasts itching with anticipation.

“It could be up to 1,000 meteors per hour which could make it potentially the most active meteor shower in recorded history,” Chief Sky Guide with Skywatcher Stargazing Tours, Adam Ripley, said with a smile.

Skywatcher Stargazing Tours is a desert-based company that’s been bringing their love of the cosmos to locals and tourists for 20 years.

“We take guests out to Joshua Tree National Park and do small group stargazing tours so we bring an outdoor living room set up, a telescope and our guides use the constellations and trace them out for guests,” Co-Owner Jessica Myers explained. “Guests then use telescopes to look at galaxies, nebulas, and star clusters.”

They, along with other astronomy lovers, are hoping for a big show.

“When Earth passes through the trail or cloud of dust and debris that’s typically left behind by a comet,” Ripley continued. “Comet’s are big, ice balls. As we hit that debris, those little rocks and chunks of ice are hitting our atmosphere and flaring up significantly and increase in brightness as they heat up in the upper atmosphere.”

The comet was first discovered in the 1930s and it’s been slowly crumbling ever since.

But a lot has to come together in order for this big storm to happen.

If this does happen as predicted, this could be the rarest meteor shower we have ever seen.

“This year we might get an entire comet’s worth of meteors all at once,” Ripley continued. “To potentially see this many per hour, seeing one a minute, two a minute, whatever it may end up being, is a really rare event. When you get to see this effect where it really looks like it’s raining fire in the sky, that’s fun and really exciting.”

“Regardless of how many meteors we spot tonight, it should be an absolutely beautiful night to just go out, see the stars and appreciate the beautiful universe we are a part of,” Co-Owner Erin Acevedo said.

Here are some tips if you want to watch tonight’s meteor shower:

NASA is recommending the best time to look up will be at 10 p.m. tonight.

If it turns out you can’t see this shower, the Perseid meteor shower will peak between August 11th and 12th in the northern hemisphere where the moon is expected to be less than a quarter full.