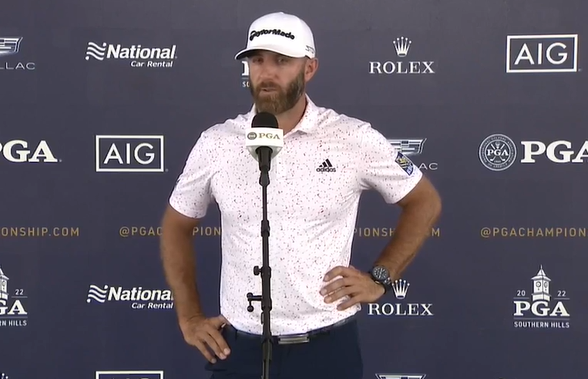 In fact, Dustin Johnson will be the main event in the first LIV Golf London Invite, which comes as a huge surprise. Back in February, the two-time major champ said he was “100-percent” sticking with the PGA tour but is now set to headline the field for the Saudi-backed golf league.

Here is the field of players to compete in the LIV Golf London Invite, which takes place June 9th-11th:

One name not on that list, is Phil Mickelson.

Earlier this year, he shook up the golf world with his explosive comments on the league, which him to lose several sponsorships, including being the host of the American express tournament. However, Mickelson still has a chance to be added to the list. Only 42 names have been released in the expected 48-man field.

Five spots are will be filled by those who qualify at the Asian Tour event, International Series England. There will be one spot left, which could be left for an undecided Lefty.

Here are the so-far confirmed players to participate in the LIV Golf League: