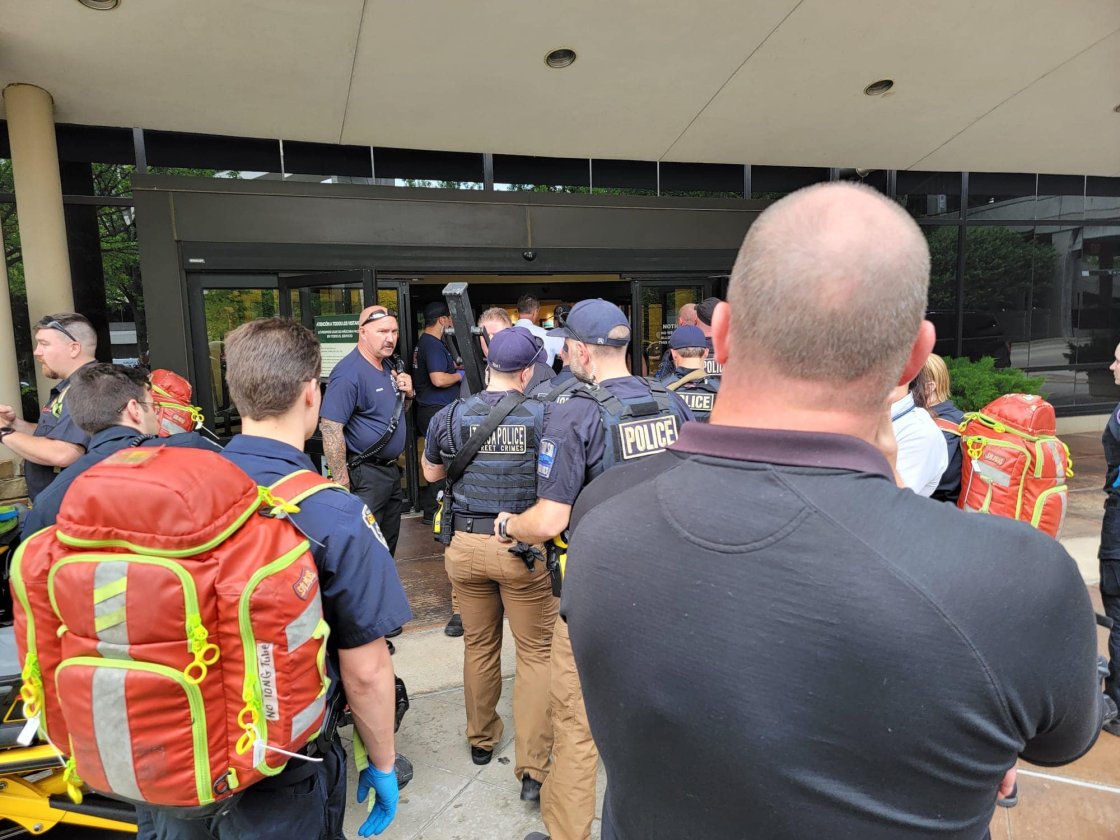 (CNN) — Multiple people were killed in a shooting Wednesday on a hospital campus in Tulsa, Oklahoma, according to the Tulsa Fire Department.

“The suspect did shoot and kill multiple people,” spokesperson Andy Little told CNN, but was unable to provide specific numbers.

At least one person was taken from the hospital with critical injuries, Little said.

Authorities responded to a call about a man who was armed with a rifle at the Natalie Medical Building, a physicians’ office building on the St. Francis Hospital campus, according to a Facebook post from the Tulsa Police Department.

“At this point, we can confirm the shooter is dead,” police said in the post, although it is not clear whether the shooting was self-inflicted.

“Officers are currently going through every room in the building checking for additional threats,” the post added.

“We have multiple floors… with hundreds of rooms and hundreds of people within the building,” he said.

There has been a reunification site set up for family members and friends at Memorial High School west of LaFortune Park, police added.

The Bureau of Alcohol, Tobacco, Firearms and Explosives is assisting on the scene of the shooting, the ATF Dallas Field Division said on Twitter.