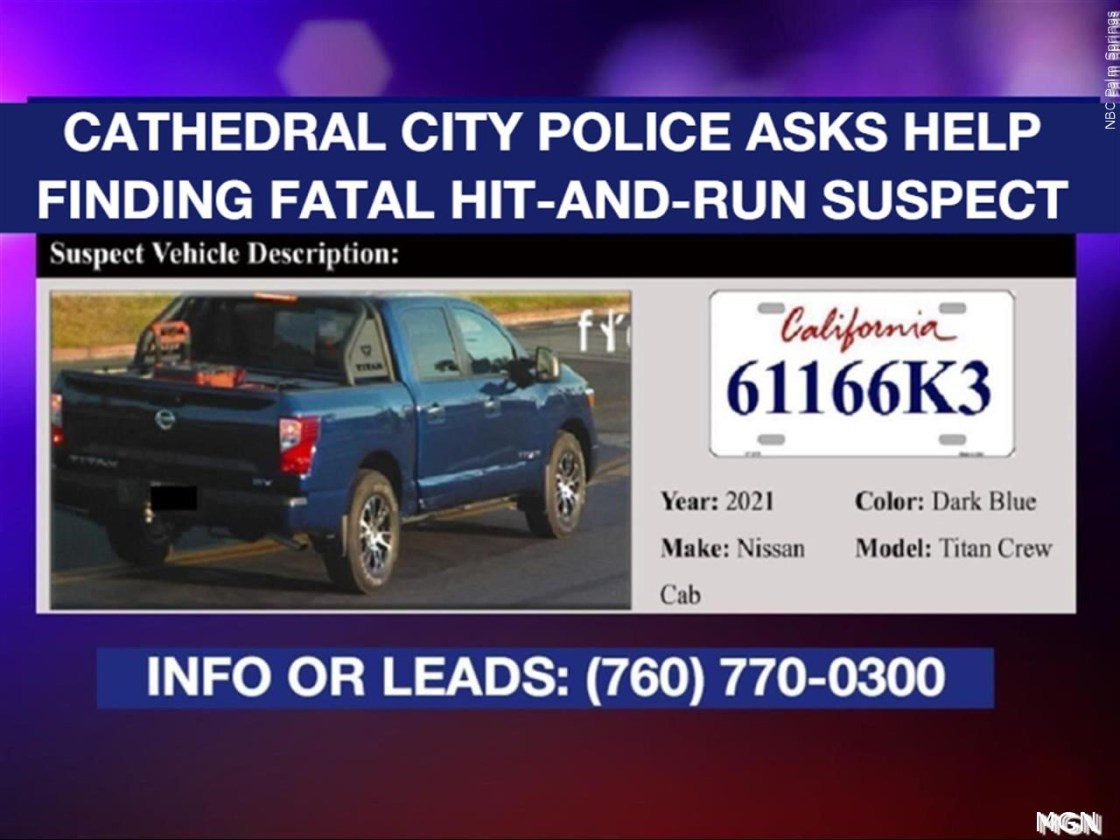 CATHEDRAL CITY (CNS) – Police asked for help today to locate the
vehicle involved in a hit-and-run crash between a motorcycle and a pickup truck
in Cathedral City that left one person dead and another critically injured.

According to the Cathedral City Police Department, the motorcycle was
traveling westbound on Ramon Road approaching Crossley Road at about 1:20 a.m.
May 15 when an eastbound pickup truck made a left turn from Ramon onto
Crossley, hitting the motorcycle.

When first responders arrived, they found the male driver and female
passenger of the motorcycle in the roadway with major injuries, police said.

The victims were taken to Desert Regional Medical Center, where 41-
year-old Enrique Hernandez of Indio, the driver, died and the passenger was in
critical but stable condition, Sgt. Jeffrey Barnett said.

The truck drove off after the crash and was last seen driving
westbound on Ramon Road, according to Barnett.

Police said evidence was left behind that allowed officers to identify
the truck and an investigation is ongoing to identify its driver.

Anyone with information about the crash was urged to contact the
Cathedral City Police Department at 760-770-0300.