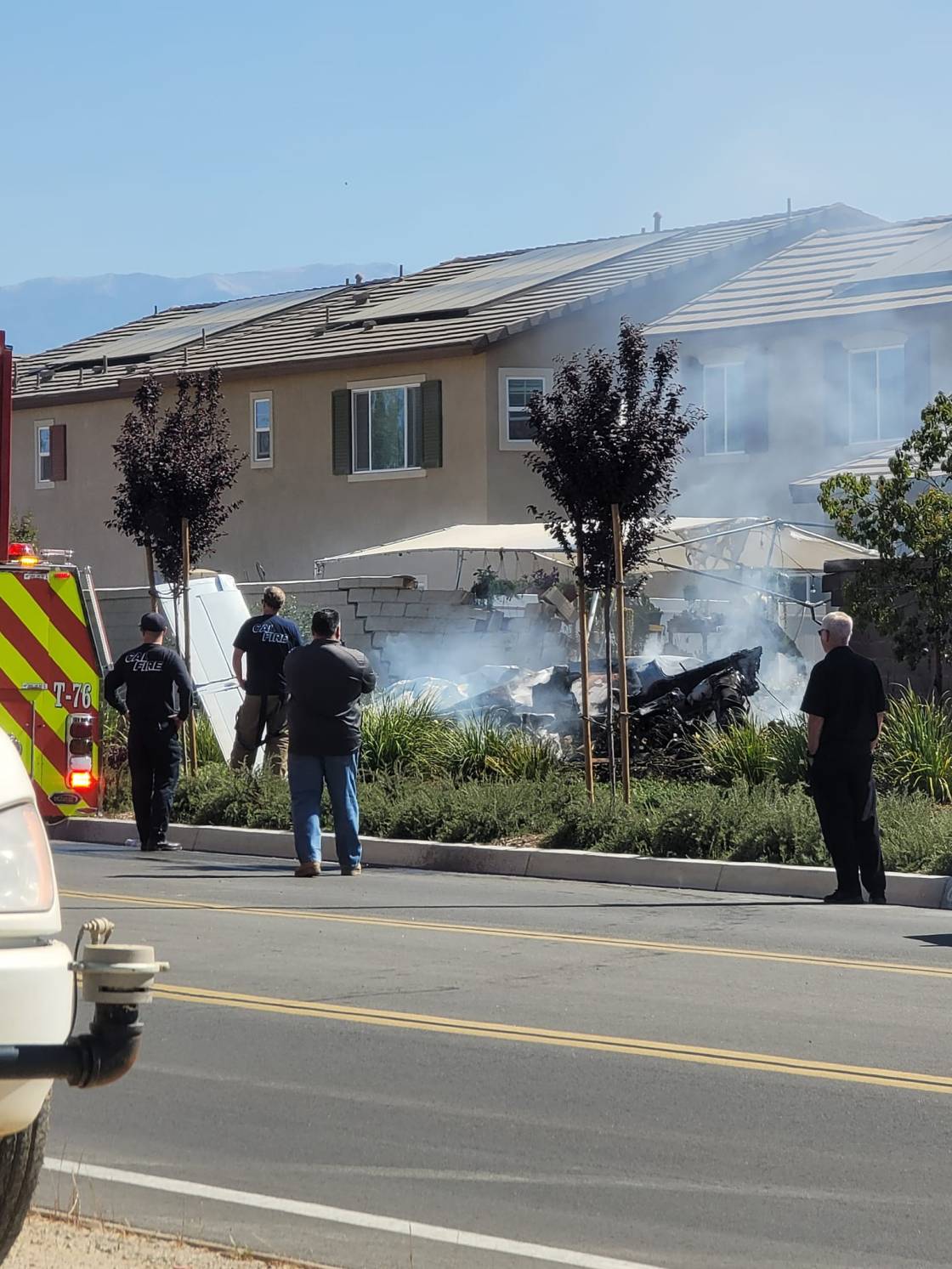 HEMET (CNS) – A small plane crashed into a brick wall behind a Hemet
home today, causing a small fire and leaving the pilot with serious injuries.

The plane crashed along Warren Road near Mustang Way around 9:30 a.m.,
sparking a flame that engulfed the aircraft, according to the Hemet Police
Department.

Crews from the Hemet and Riverside County fire departments, Cal Fire
and the police and sheriff’s department all descended on the scene. The pilot
of the plane was taken to a hospital with injuries described as serious.

The pilot was the only occupant of the plane. there were no reports of
any other injuries.

Hemet resident Michael Deardorff told City News Service he was on his
way to Target with his wife when he saw the plane go down.

“I could see as soon as it touched the ground all the dust and
everything flew up like it was coming in too hot,” Deardorff told CNS. “And
then all of a sudden it was just an explosion and flames galore.”

He said he called 911 and drove back to alert crews of two fire
engines they had passed on their way to Target.

“When we looked up, it looked to us like the plane had just left
(Ryan Airport) heading west and then it made a hard turn heading south and then
it started getting lower and lower,” Deardorff said. “All of a sudden it
started getting almost to the ground.”

There was no immediate word on what caused the crash.