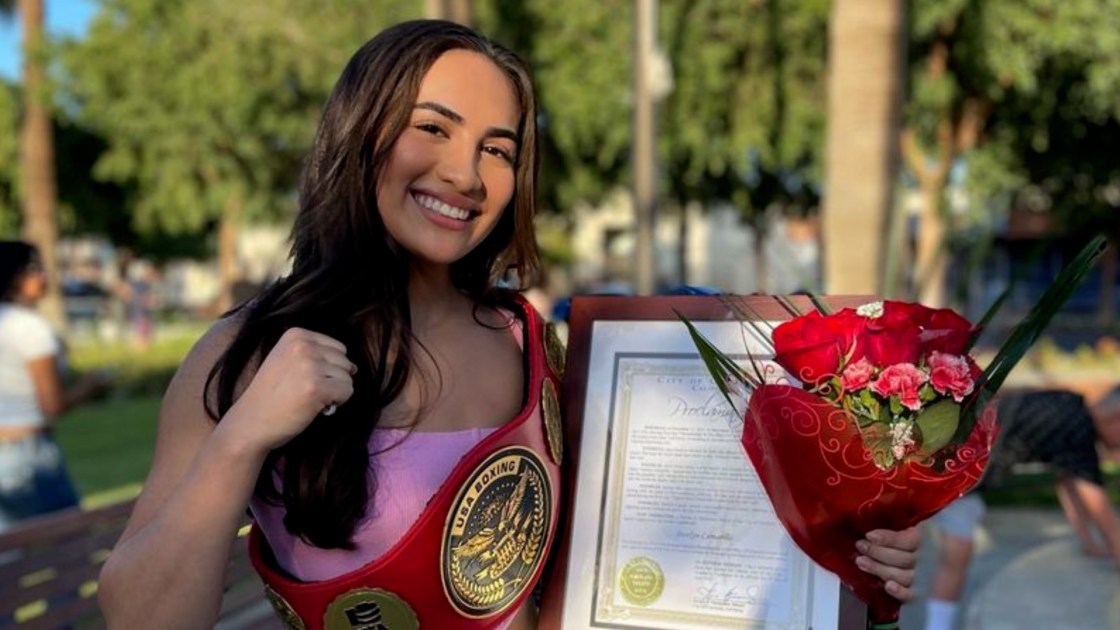 Local boxer and two-time national champion, Jocelyn Camarillo was honored by the City of Coachella during a city council meeting on June 8th for her 2021 USA Boxing National Championship title.

During the meeting, the city council presented her with a certificate of achievement and said the following:

“We hereby congratulate Jocelyn Camarillo for winning the 2021 USA Boxing National Championship in 48kg and urge all citizens of the City Coachella to join in honoring her dedicated achievement.”

After receiving the award, Jocelyn said “I never imagined all the support when I started my boxing journey.” She also said that she has an upcoming fight in Los Angeles.

Jocelyn is native to Indio, but trains out of the Coachella Valley Boxing Club under trainer Lee Espinoza and her father, Valente Camarillo.

The 17-year-old is currently ranked #1 in the country at 48kg, and she’s only been boxing for three years.

She was recently featured on the Drew Barrymore show, where she taught Barrymore some basic boxing moves and talked about her rapid success in the sport of boxing.