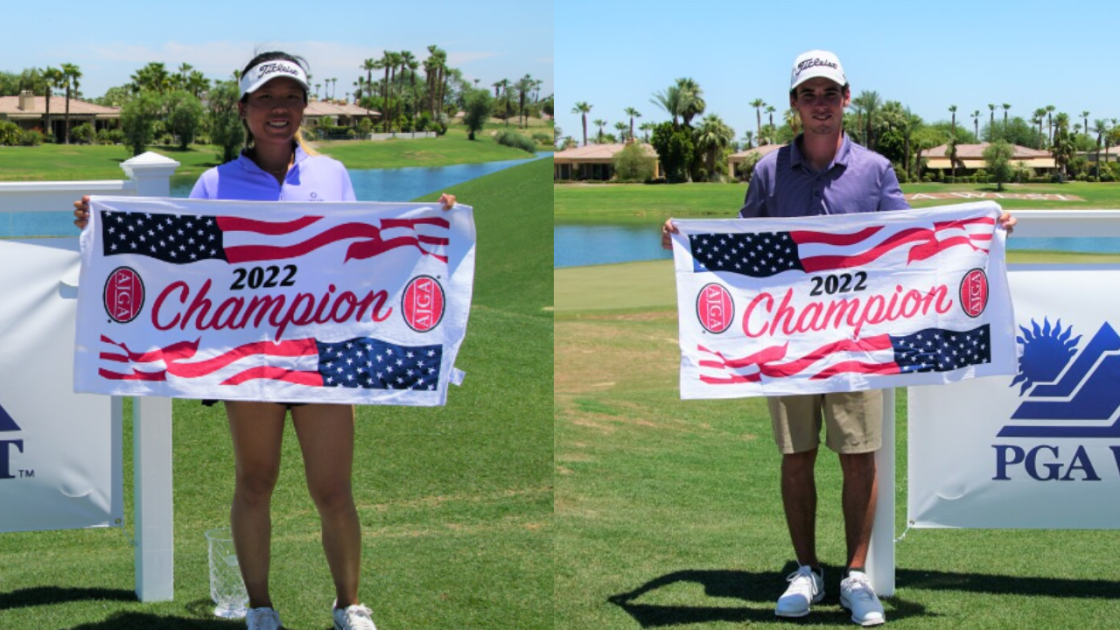 The PGA West Junior Championship finished up on Friday, these young golfers were playing on the Jack Nicklaus course at PGA West in La Quinta.

ANGELA LIU OUTLASTS ASHLEY YOUNG TO WIN AT 12 UNDER

After pulling away on the back nine from Ashley Young, you’re 2022 girls champion is Angela Liu from Irvine California. Ashley and Angela were neck and neck until the back nine, that’s when Angela carded three birdies to earn her third AJGA win. Angela had 16 birdies throughout the tournament to finish at 12 under. She also carded the lowest score of 204 for both boys and girls this week, Angela says that she hopes her success will garner attention from some college coaches.

“I was just still trying to like make as many pars as possible and then make birdies, that was just what I was focusing on. I think I was just really focused on hitting the fairways and then hitting the greens as well and then the putts were just going in. So that really helped. It means a lot to me and then especially now that college coaches can contact us and yeah, it’s been a great help.”

The winner for the boys would be decided on the final hole, that’s when Joey Hayden, nails the long birdie putt to seal the victory and pick up his first AJGA win.

“It was not a putt that you’re going to think about making down the hill like that,” says the 2022 PGA West Junior boys champ. “I was just trying to lag it down and it happened to go in which was nice. There was some relief there that I was done having to hit putts for the day.”

Joey finished at 11 under for the tournament and carded 205 with 19 birdies, seven came in the final round. Joey has already signed his college letter of intent to Santa Clara University to play golf, so for now he will enjoy this victory.

“I liked the course, I’ve played a lot of golf down here in the desert and I feel like that helped me a lot, I’m used to these kinds of courses and I really hit the ball well this week. A lot of hard work and it’s good to finally see it paying off here, got a lot more golf this summer so I can hopefully springboard off this and win some more tournaments.”