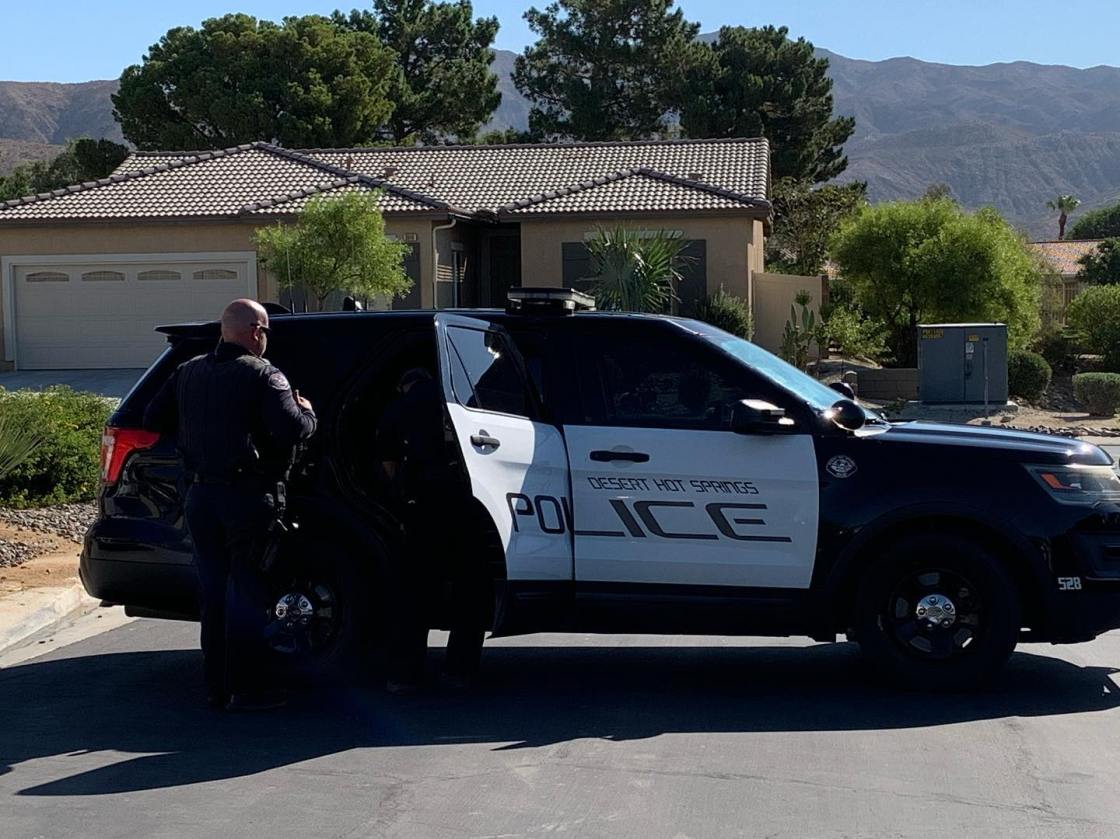 They arrested the suspect and took the suspect’s father into custody, leaving both unsuspecting parents feeling angry, confused and disrespected.

“We’re not suspects,” the father said. “We did nothing wrong. We’re not charged with anything, but yet we have to suffer that. That’s just not right.”

“The way they went about it was so uncalled for,” the stepmother shared. “I mean, if something like that was going on in this house, I would have just been like, ‘Here, take him.’”

The suspect’s parents wanted to stay anonymous, but they wanted to tell their story because they say they had nothing to do with their son’s alleged crimes.

“Our tenant, an adult male, came to my room and was hollering for me to get up saying there were sirens going off that I didn’t hear,” the father said. “So I went to the door and I looked out the peephole and there wasn’t anybody there but I could hear all these huge noises. So I opened the door and went out.”

He stepped outside to face a line of police units and officers with guns drawn.

According to the suspect’s father, one officer handcuffed him as he heard another kick down his front door, which he said was already unlocked.

“Not knowing what’s going on, I think this guy murdered somebody here,” he said. “You know, why are they looking for him? So I asked him what it was about. He said, ‘I have a search warrant to search the premises. You’ll find out later.’ I was like, ‘Whoa, wait, what do you mean? I’ll find out? Aren’t you supposed to let me read the search warrant? He’s like, `I don’t have to do nothing.’”

On top of this, he is a disabled veteran and his wife struggles with multiple sclerosis.

He says officers disregarded their conditions by yanking his injured arm and shoulder and asking his wife to do more than she’s capable of.

“I was just irate at that point. Like, I cannot believe they’re treating me like this. After about 30 minutes, they came back and they took me and drove me into the Desert Hot Springs police. I asked her, ‘Am I under arrest?’ And they’re like, ‘No, we’re gonna take you to cool off a little bit.’ I’m like, ‘Cool off from what? Because you’re not telling me what’s going on.’”

After 3 hours in custody, he was released and came back home to a shaken wife, damaged home and noticed items not on the search warrant were missing.

That’s when he said he finally saw the search warrant.

We asked Desert Hot Springs police about what happened from their perspective.

“We received a cyber tip in the beginning of June and we began working on that case,” Desert Hot Springs Police’s Detective Sergeant, Christopher Saucier, explained. “We authored several search warrants and were able to identify a suspect who we believed was engaged in that activity.”

But that’s all they could say since the homeowners filed a claim with the city.

Detectives are still working their way through the case.

Meanwhile, the homeowners are still cleaning up the pieces, and as for their son, he’s scheduled to appear in court Thursday morning.