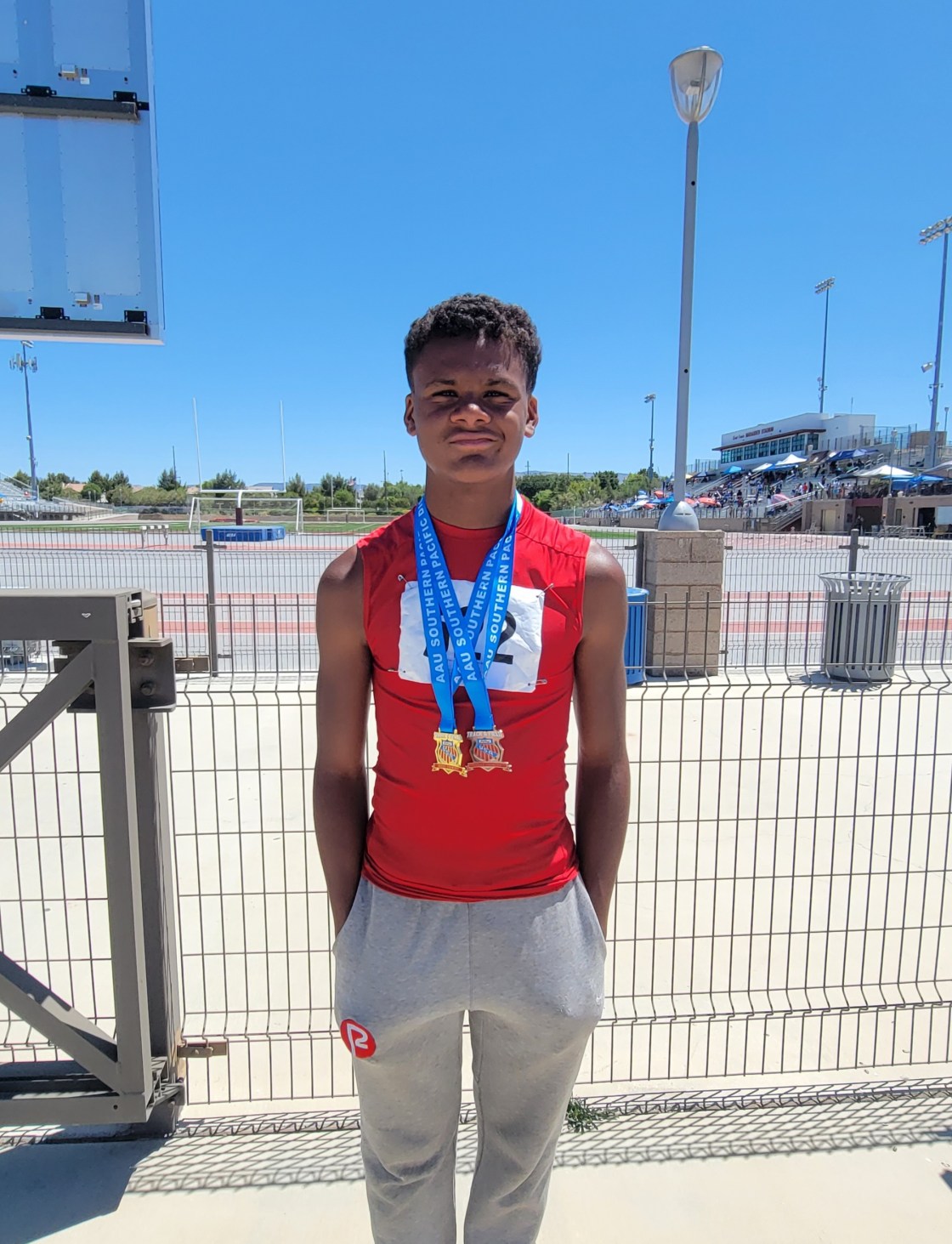 At 13 years old, Kamil Pelovello doesn’t have time to sit back and relax this summer. That’s because he’s competing in three-track events at the Junior Olympics this August.

“Yeah, it’s a lot of pressure but like, it’s still a big thing,” says Kamil. (Coach) Shaine and Devin been like pushing me really hard, and it’s telling me like it’s game time, and I gotta get ready because it’s a big meet.”

“I’ll try to win, but I’m going to take it one step at a time. I just want to show people that I can do it.”

Kamil trains at Empowerments S.S.A. in Cathedral City with his coaches, Shaine Boyle and Devin Jones, who train some of the top young athletes in the Coachella Valley.

“As a track athlete, he already had it, but it was more of teaching him to be calm and to reach his goals,” says Boyle. “One thing that we do differently than any other gym is teaching kids the mindset.”

“He has the intangibles,” says Jones, “so we just had to add on to him, the things that we know, that he didn’t know that he had and just pull a lot out of him. He (Boyle) mentioned having the mindset that he is as good as we see that he is.”

A year ago, Kamil came to Empowerment SSA with talent and motivation to be the best, and with the help of his coaches, Kamil is heading to the Junior Olympics as one of the fastest kids in the country.

“They’re like family to me,” says Kamil. “They helped me, like since the first time I came here I am so much better. I dropped my times like big time so I give it to Shaine and Devin, it’s all them.”

Kamil is proud to not only represent the Coachella Valley, but the entire state as the only athlete from Southern California competing this year.

“It’s amazing. I have a lot of people on my shoulder so it gives me a push to show them that I can do it.”