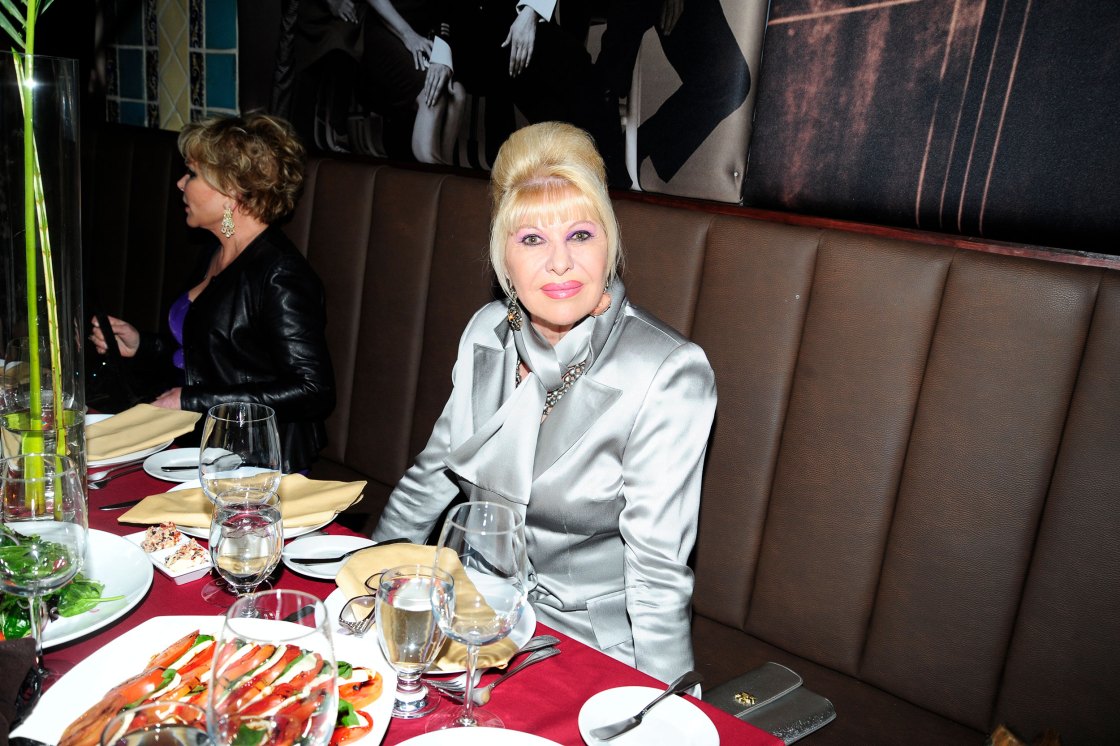 (CNN) — Ivana Trump, a longtime businessperson and an ex-wife of Donald Trump, has died in her home in New York City, the former President posted Thursday on Truth Social. She was 73.

The New York Police Department said later Thursday there did not “appear to be any criminality” related to Ivana Trump’s death. According to a statement, police received a 911 call about an “aided individual” at about 12:40 p.m. ET and found a “73 year-old female unconscious and unresponsive.”

The Fire Department of New York said it responded to a report of an individual suffering cardiac arrest at the residence, with the time and place of that response matching the location the NYPD associated with Trump. The fire department said the victim was dead on arrival.

EMS, police said, pronounced Trump dead at the scene and added that the medical examiner will determine the cause of death. CNN has reached out to the Medical Examiner’s office.

Trump was the mother of Donald Jr., Ivanka and Eric Trump.

“I am very saddened to inform all of those that loved her, of which there are many, that Ivana Trump has passed away at her home in New York City. She was a wonderful, beautiful, and amazing woman, who led a great and inspirational life. Her pride and joy were her three children, Donald Jr., Ivanka, and Eric. She was so proud of them, as we were all so proud of her. Rest In Peace, Ivana!” Donald Trump posted.

Eric Trump wrote in part on Instagram that his mother was “a force in business, a world-class athlete, a radiant beauty, and caring mother and friend.”

Ivanka Trump tweeted that she was “heartbroken by the passing of (her) mother,” adding: “Mom was brilliant, charming, passionate and wickedly funny. She lived life to the fullest — never forgoing an opportunity to laugh and dance. I will miss her forever and will keep her memory alive in our hearts always.”

Raised in communist Czechoslovakia, Ivana Trump partnered with Donald Trump on some of his most prominent real estate projects. The two divorced in 1992 in the aftermath of his tabloid affair with Marla Maples — who later became Donald Trump’s second wife and mother of their daughter, Tiffany.

​​In his book, “Trump: The Art of the Deal,” Donald Trump referred to Ivana Trump as a “great manager” and described her as “demanding and very competitive.” He also put her in charge of running Trump’s Castle in Atlantic City, rather than hiring an outside general manager.

“When it comes to running a casino, good management skills are as important as specific gaming experience,” he wrote. “She proved me right.”

When the couple finally settled, Ivana Trump walked away with $14 million, in addition to other perks like a massive mansion in Greenwich, Connecticut.

“My mother is an exuberant woman, filled with a passion for life and adventure that made it hard for her to stay in one place for long,” Ivanka Trump wrote in her 2009 book, “The Trump Card.” “My parents are strikingly similar in that regard. They’ve grown apart, and even when they were together they seemed to be cut in different ways, but they do share an approach to life: all out, all the time.”

After the divorce, Trump married and divorced twice more while maintaining a jet-setting, globetrotting lifestyle.

In 2017, she told “CBS Sunday Morning” she turned down an offer from Donald Trump to be the ambassador to her native Czech Republic, citing her “freedom” and “perfect life.”

“I was just offered to be the American ambassador to Czech Republic — and Donald told me. He said, ‘Ivana, if you want it, I give it to you,'” Trump said in the interview. “But I like my freedom. I like to do what I want to do, go wherever I want to go with whomever I want to go. And I can afford my lifestyle.”

“OK, why would I go and say bye-bye to Miami in the winter, bye-bye to Saint-Tropez in the summer and bye-bye to spring and fall in New York?” she continued. “I have a perfect life.”

This story has been updated with additional details Thursday.

UPDATE: Ivana Trump died at 73. Trump suffered blunt impact injuries to her torso according to the New York City Office of the Chief Medical Examiner. Her death was ruled an accident.