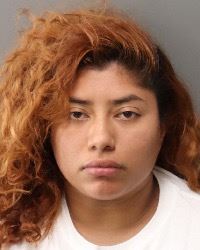 RIVERSIDE (CNS) – A 23-year-old woman who allegedly posed as a nurse and tried to snatch a newborn from her mother at Riverside University Medical Center in Moreno Valley was charged Tuesday with kidnapping and other offenses.

Along with kidnapping, she was charged with child stealing and a sentence-enhancing allegation of depriving a child of its parent.

The defendant pleaded not guilty during an arraignment Tuesday afternoon before Superior Court Judge Charles Koosed, who scheduled a felony settlement conference for July 26 at the Riverside Hall of Justice and ordered that Miron be held in lieu of $1 million bail at the nearby Robert Presley Jail.

According to sheriff’s Sgt. Richard Fransik, about 10:30 a.m. Thursday, the defendant accessed the medical center campus on Cactus Avenue and identified herself as a newly hired nurse, enabling her to enter the maternity ward.

Fransik alleged that while on the ward, Miron entered a room occupied by a woman and her infant daughter, identified in court documents only by the initials “Z.B.” The defendant introduced herself as a nurse, according to Fransik.

“While inside the patient’s room, she attempted to take the newborn,” he said. “The suspect was confronted by hospital staff, who then notified security.”

Court documents indicated that the baby was briefly in the defendant’s possession but was not removed from the hospital and was not harmed, nor was the mother, whose identity was not released.

Miron fled before deputies assigned to the medical center could apprehend her. However, detectives followed up and were able to procure evidence confirming the defendant’s identity, according to Fransik.

A search warrant was served at her residence on Weber Avenue late Thursday night, resulting in “items of evidentiary value” being seized, the sergeant said.

She was taken into custody without incident.

“We are working with the Sheriff’s Department to investigate how the suspect accessed the patient’s room and interacted with the family,” hospital CEO Jennifer Cruikshank said Friday. “Our security protocols have been reviewed and reinforced, and we have additional sheriff’s deputies on campus.”

She credited her “vigilant staff” with preventing the abduction.

A possible motive for Miron’s alleged actions was unknown. She has no documented prior felony or misdemeanor convictions in Riverside County.