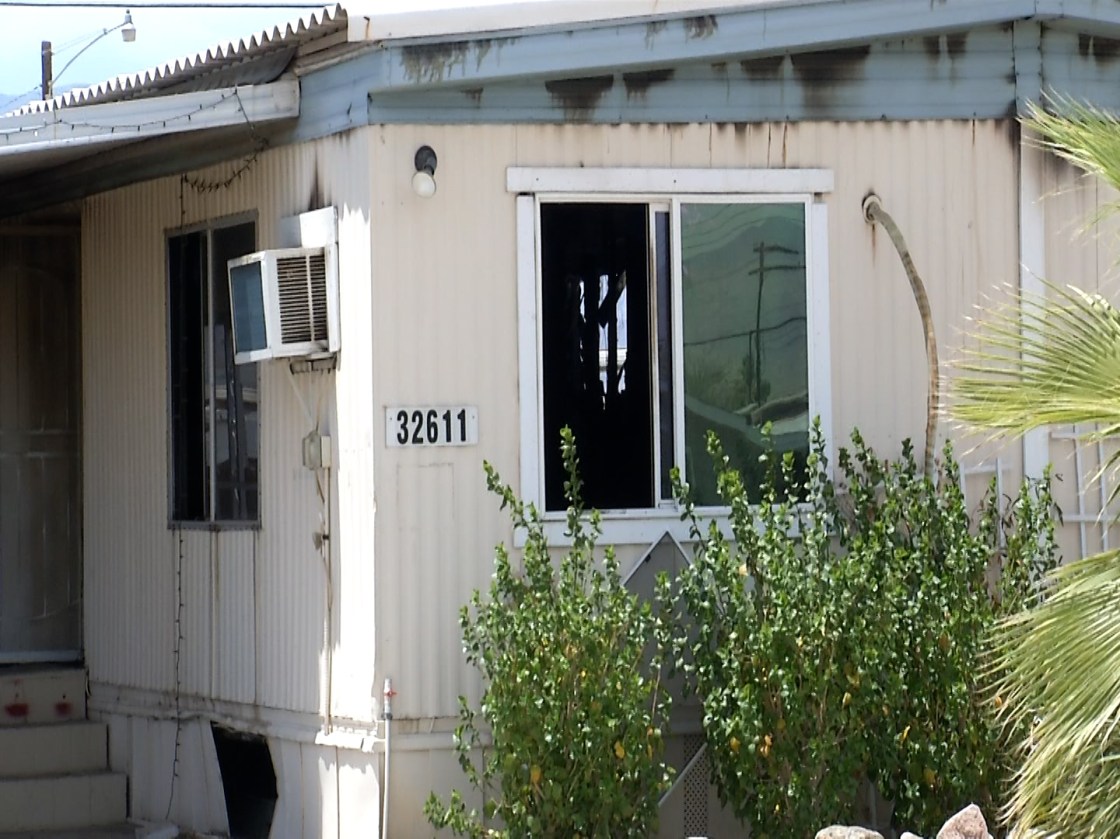 THOUSAND PALMS (CNS) – Fire crews knocked down two separate mobile home fires within a quarter-mile of each other in Thousand Palms Wednesday.

At around 1:30 a.m., firefighters were sent to the 73200 block of Broadmoor Drive for a fully-involved fire at two double wide mobile homes, according to the Riverside County Fire Department.

Imperial Irrigation District crews responded to the scene soon after to turn off power and gas at the homes to make it safer for firefighters, a spokesperson with the fire department told City News Service.

The fire was extinguished at around 3:20 a.m. and crews cleared the scene after mop-up. A spokesperson told CNS that one engine was still on the scene at around 11 a.m. due to mechanical issues, but it was unrelated to the fire.

About 25 minutes after the first fire was out, crews responded to the 32600 block of Southern Hills Avenue, about two-tenths of a mile away, to a fully-involved fire at a double wide mobile home.

The department had a separate incident commander and fire resources for the second fire. The fire department said the two fires were not related.

The second fire was knocked down within 19 minutes and crews cleared the scene by 6:40 a.m.

No injuries were reported in either fire. The cause of the fires was under investigation.