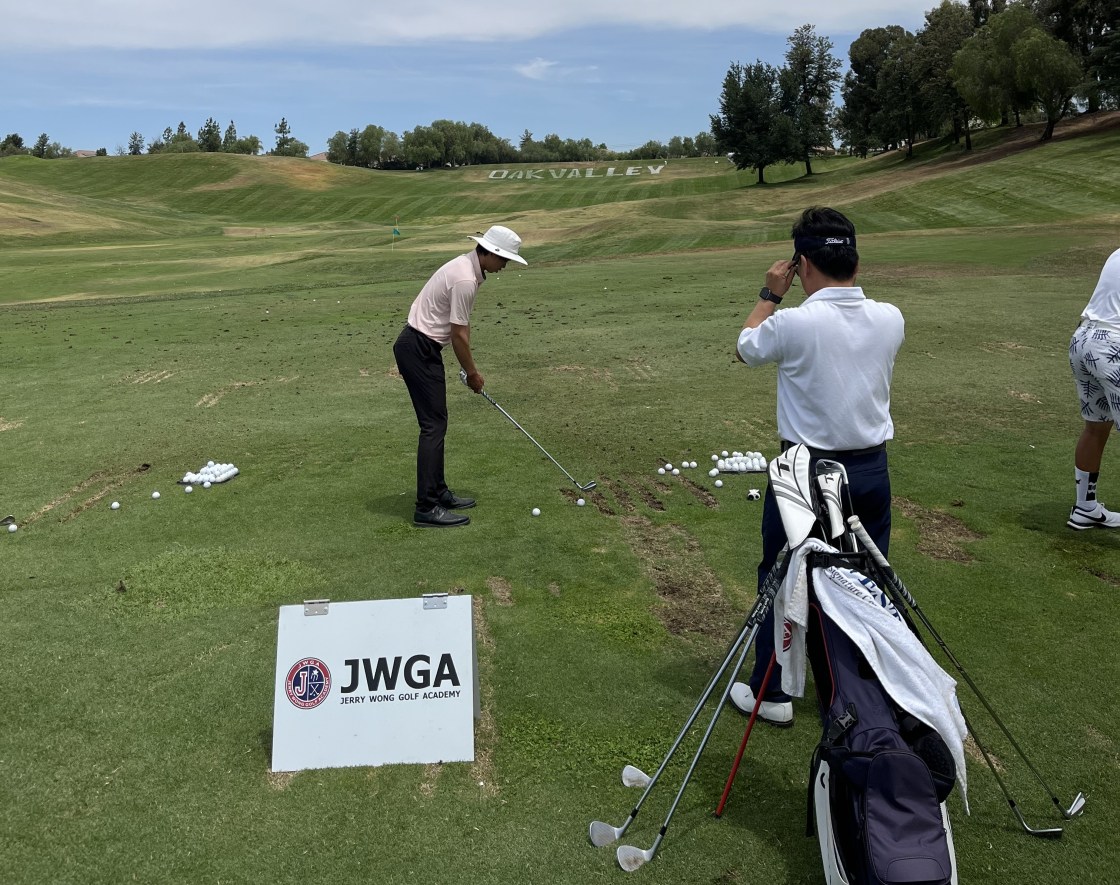 There are hidden gems on nearly every corner here in the desert.

Tucked away right off the I-10, you’ll find the Oak Valley Golf Club in Beaumont. The real hidden secret, isn’t the golf course itself, but the young golfers that are nearly everywhere from the range, to the short game areas. And right at the top, you’ll find The Jerry Wong Golf Academy.

The man behind it all, Jerry Wong, has been helping aspiring golfers reach their goals since the 1990’s. He’s worked with golfers of all ages and statures. But these young golfers under him are the talk of the town.

Jerry says, “When kids are young… They are easy to shape. Easy to train the way they think.”

His lengthy track record of exceptional students — from all corners of the world. For more nearly three decades, Jerry has found talent and has found ways to help these players reach their full potential.

The history of Jerry’s achievements with his students are written all over the walls inside. It’s proof of the hard work the academy and these golfers have put forth all these years. Jerry’s worked with a flurry of players over the years, his work gaining national recognition in the golf world, and even the attention of the White House.

One very familiar face on that wall is Yani Tseng. Yani won the 2010 Kraft Nabisco Championship at Mission Hills Country Club here in Rancho Mirage. She was one of the many women who got to take that iconic leap into Poppie’s Pond. The now Chevron Championship will be take place in Texas with a bigger purse, but there will be no more Poppie’s Pond to jump in to.

Jerry says, while it starts with fundamentals — his work extends beyond that.

He says, “When it comes to skill, we can slowly teach them but having the right mind is important. Because even if you have the perfect skill, without the right mind, you still can’t perform.”

His focus on the mental side of the game is what attracts many players to him.

One of Jerry’s students, Hsin-Yu (Cynthia) Lu, found success on the big stage by becoming the 2022 Pac-12 Individual Champion. And it doesn’t stop there, Cynthia also etched her name into school history after helping lead the University of Oregon’s Women’s Golf Team to its first ever team conference title.  She praised Jerry’s focus on what’s “outside of her swing” which made all the difference, especially when comes to the demanding schedule of a NCAA Division I student-athlete.

“Jerry’s helped me for like my mental health, my swing, and like planning out my schedules,” says Cynthia. And these young players take more than golf skills away from this academy.

“It feels like a family because it gave me more mental support, because I’ve seen other Academies with a more physical support,” says Cynthia. She went on to say,  “like these academies help you with your swing and analyze it. But here, they actually support as a family by taking care of me all the time, and they make sure I’m doing okay.

She even says, “and like if I have any issues or any problems, if I go to [Jerry] like he will definitely help me.”

And Jerry says, that’s exactly how he aims for it to feel — like one big family or even a home away from home.