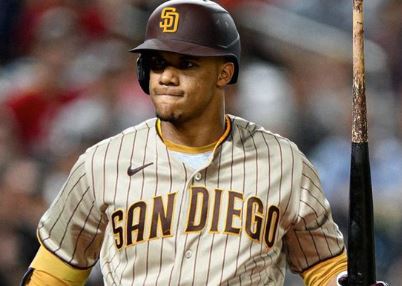 The 6-foot-2, 225-pound left-handed hitter currently leads the majors with 91 walks, 31 more than the next closest player on the list (Max Muncy, 57), and ranks 2nd in the National League in OBP and tied for 8th in home runs. In July, Soto won the 2022 MLB Home Run Derby championship at Dodger Stadium, becoming the second-youngest player ever to win the competition after defeating Seattle Mariners rookie Julio Rodriguez in the final round. 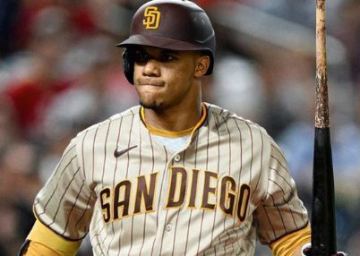