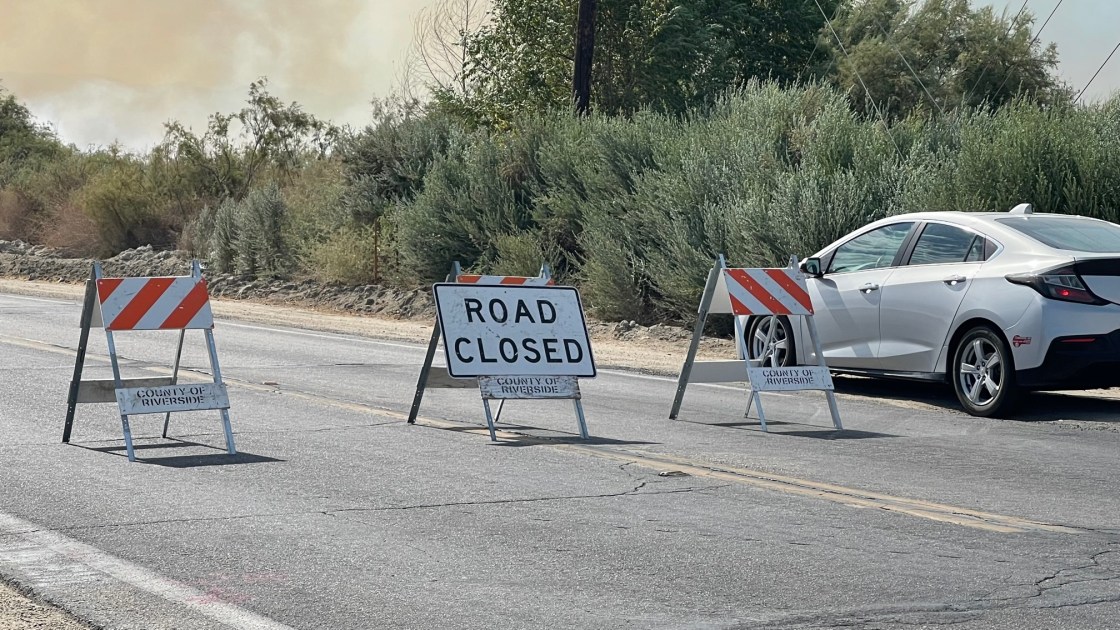 THERMAL (CNS) – Evacuations remained in place Wednesday for residents along a Thermal roadway as fire crews worked to fully contain and douse a 30- acre brush fire.

The fire was reported shortly after 1:30 p.m. Tuesday in the 87000 block of Avenue 66, with the blaze initially estimated at about four acres, burning in heavy brush and mulch piles, according to the Riverside County Sheriff’s Department

Within an hour the fire grew to about 10 acres, according to the county fire department.

Avenue 66 was closed between Fillmore and Tyler streets, and evacuations were ordered on Polk Street between Avenue 66 and Martinez Road. The evacuations remained in place Wednesday as crews continued efforts to completely knock down the flames.

As of Wednesday morning, the fire was 30 acres, with about 10% containment.

Desert Mirage High School, 86150 Avenue 66, was established as a care and reception site.