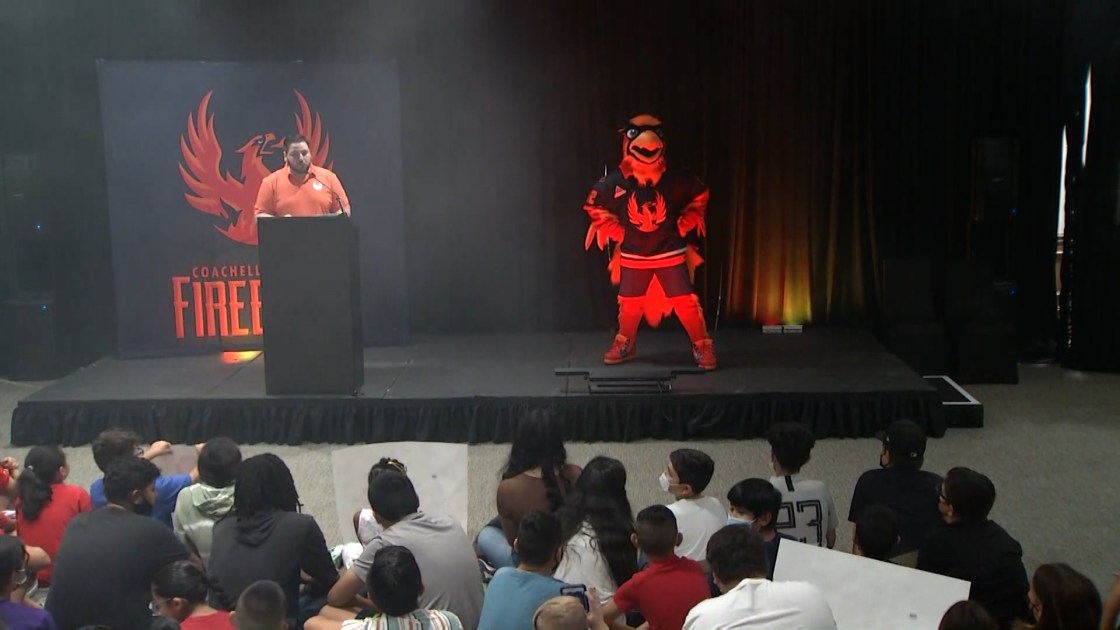 The Coachella Valley Firebirds have introduced their new team mascot to the valley.

The firebird whose name is Fuego has his origins in the Coachella Valley, “a magical oasis,” according to a press release.

“Fuego is a mystical union of the spirits of all those who came before him, embodying the power and strength of the Coachella Valley. He was born of fire and intense heat, with a powerful spirit destined to unite cities, communities, and people from all walks of life.”

“Fuego is purpose driven working to establish long-term programs on behalf of the Firebirds organization, Acrisure Arena and in conjunction with many of our community partners, Fuego will actively promote health, recreation, and education programs for the Coachella Valley,” said Steve Fraser, president of Acrisure Arena and the Coachella Valley Firebirds.

In addition to the introduction of the mascot, the team unveiled three new community programs to enrich the residents of the valley.

The programs include health and wellness, recreation and education.

In recreation they will continue to bring the fundamentals of hockey by way of street hockey to thousands of kids.

The inaugural Coachella Valley Firebirds 32nd AHL franchise and affiliate of the NHL’s Seattle Kraken season starts October with a series of games played on the road.

The puck will drop for the Firebirds’ inaugural season on Sunday, October 16, 2022, in Calgary against the Calgary Wranglers.

The Firebirds home opening game will take place at Acrisure Arena, the newest world-class concert and sports venue designed specifically for the Coachella Valley, on Sunday, December 18, 2022, against the Tucson Roadrunners. Puck drop is scheduled for 6pm PT.