Person Killed after being hit by Multiple Vehicles on I-10 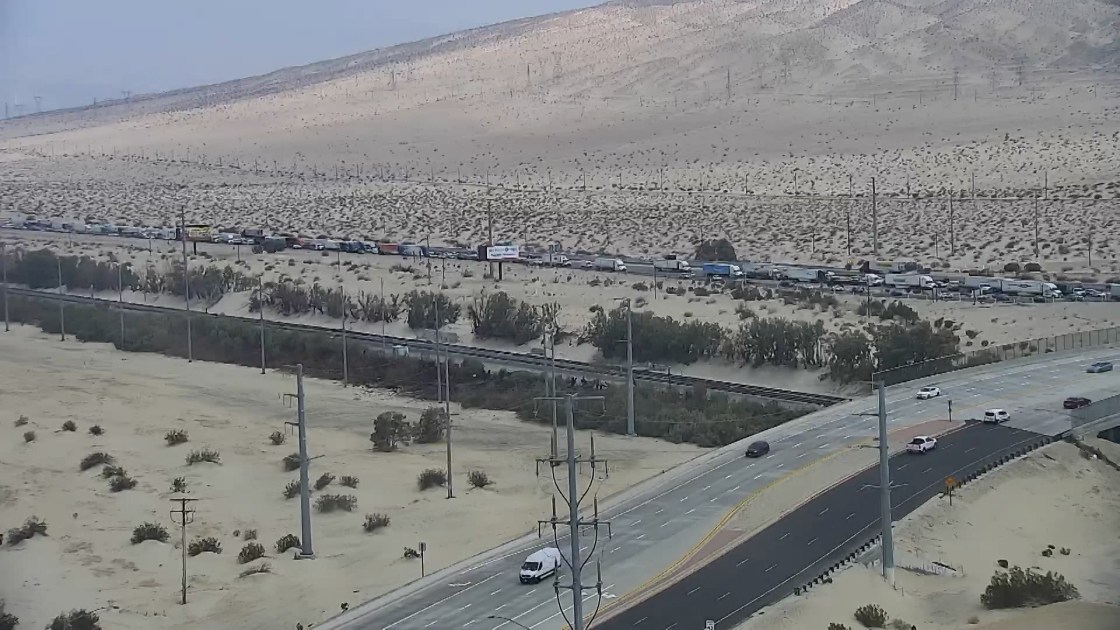 A person died Thursday morning after getting hit by several vehicles on Interstate 10, according to CHP.

CHP incident report shows two vehicles and a big rig heading east on I-10 just after 11 a.m. are said to have hit the woman in her 50s.

According to David Torres, a spokesman for the CHP’s Indio office, “for an unknown reason, the female climbed over the railing, and jumped into the eastbound number three lane of Interstate 10.”

The woman left her vehicle at the top of the overpass, and she was the only person in the vehicle.

Officials said the woman died at the scene.

Traffic started to back up immediately after the incident on both sides of the 10 Freeway between Ramon Road and Bob Hope Drive.

The identity of the woman has not been released.

The incident is still under investigation by CHP.

Anyone with information regarding this incident is asked to the call the CHP Indio Area at (760) 772-5300.