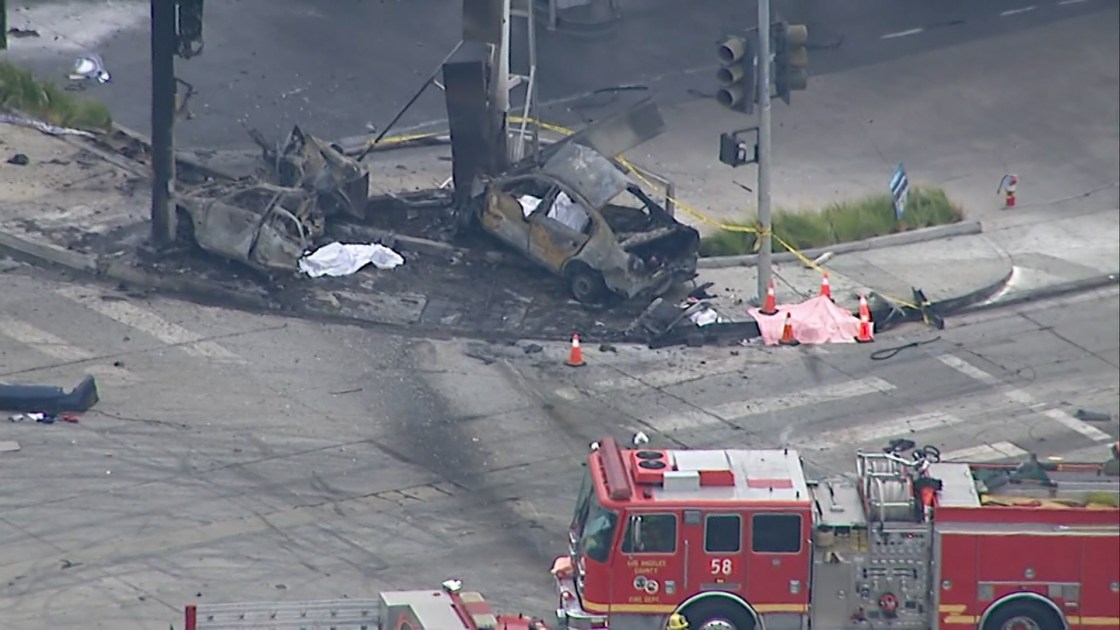 LOS ANGELES (CNS) – Four adults, an infant and an unborn child died and seven other people were injured Thursday in a fiery multi-vehicle crash in the unincorporated Windsor Hills area of Los Angeles.

Los Angeles County Fire Department units were called to the area of South La Brea Avenue and Slauson Avenue just before 1:40 p.m., near Ladera Park, on what was initially reported as a fire and discovered that at as many as six vehicles had collided in the area after a Mercedes-Benz was seen speeding southbound on South La Brea Avenue and reportedly ran a red light at the intersection, resulting in the fire, according to the Los Angeles County Fire Department.

The fire department confirmed four adults, one infant and one fetus died in the collision, and that there were multiple ejections due to the crash. At least seven other people were injured in the collision, though the extent of their injuries was not immediately known.

The cause of the collision was under investigation, and the intersection of South La Brea Avenue and Slauson Avenue was closed for an unknown duration.